Monger’s horrific crash a few weeks ago at the Donington Park circuit during a British Formula 4 race shocked the entire motorsport community.

The 17-year-old suffered life-changing injuries, losing both of his lower legs. A fundraising campaign was set up by his JHR Developments team boss and has so far raised over £750,000.

Monger shared his first public message on social media earlier this week, saying “the love and generosity” of the motorsport community has been “awesome and truly inspirational”.

Alongside making donations and sending their support, F1 drivers and teams have gone one step further at the Sochi Autodrom.

Many teams and drivers have applied #BillyWhizz stickers to their cars and helmets, including McLaren, Lewis Hamilton, Williams, Renault and Haas.

It’s great to see the F1 world continue to show their support and backing for Monger as he recovers from his crash. If you want to donate to his fundraising page you can do so here.

Alonso and Sainz also have tributes on their helmets to 11-year-old Gonzalo Basurto Movila, who sadly passed away after a crash during a practice session at Alonso’s kart track in Spain. 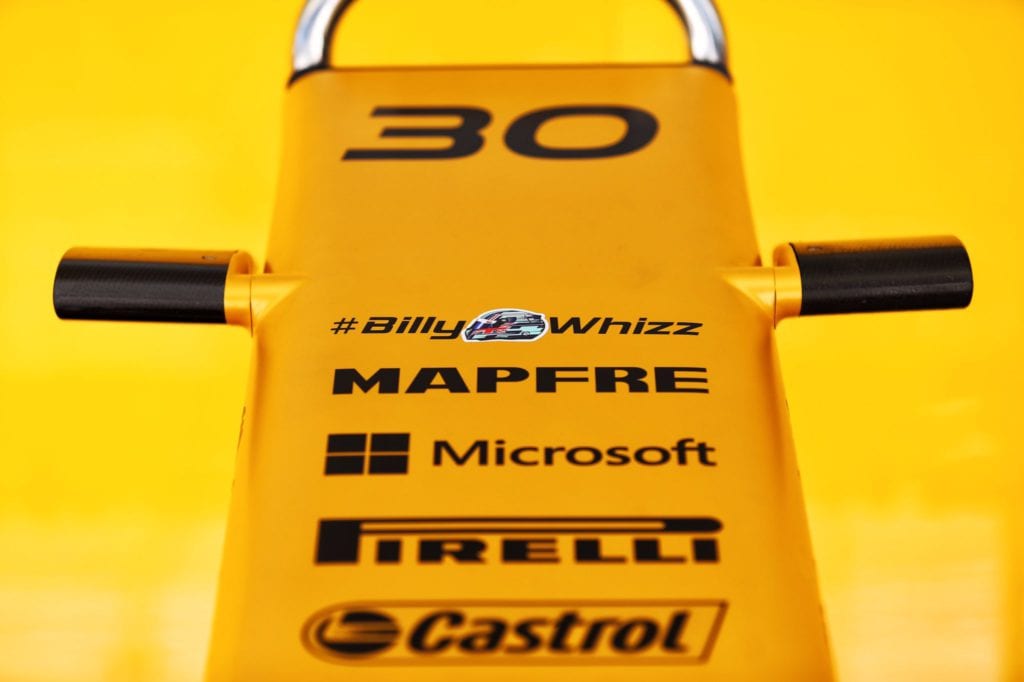 W Series Will Become An F1 Support Series In 2021