F1 fans got to enjoy a lot more content during testing as the teams were permitted to share short videos on social media for the first time. In news that should surprise nobody this proved to be a huge hit, and as a result FOM has extended the right to F1 weekends as well.

Several teams have already taken advantage of this new-found freedom and have been sharing clips during the Australian Grand Prix weekend. The likes of Williams and Mercedes have done some Facebook Live videos, whilst Ferrari shared this interview with Kimi instead of sending him off to do official media duties.

Despite the relaxing of the rules there are still some restrictions, though. Videos can only be filmed using “handheld devices” (so basically phones and tablets) and FOM retain the right to do what they want with any content which is filmed at the circuit.

Teams are also not allowed to film anything when there’s a session active to avoid clashes with the TV broadcasters, so sadly we won’t get any clips of the cars or interviews with drivers while there’s still stuff happening on the track.

But still, it’s a great first step in making the sport more accessible to fans old and new, and we can’t wait to see what comes of it throughout the season. 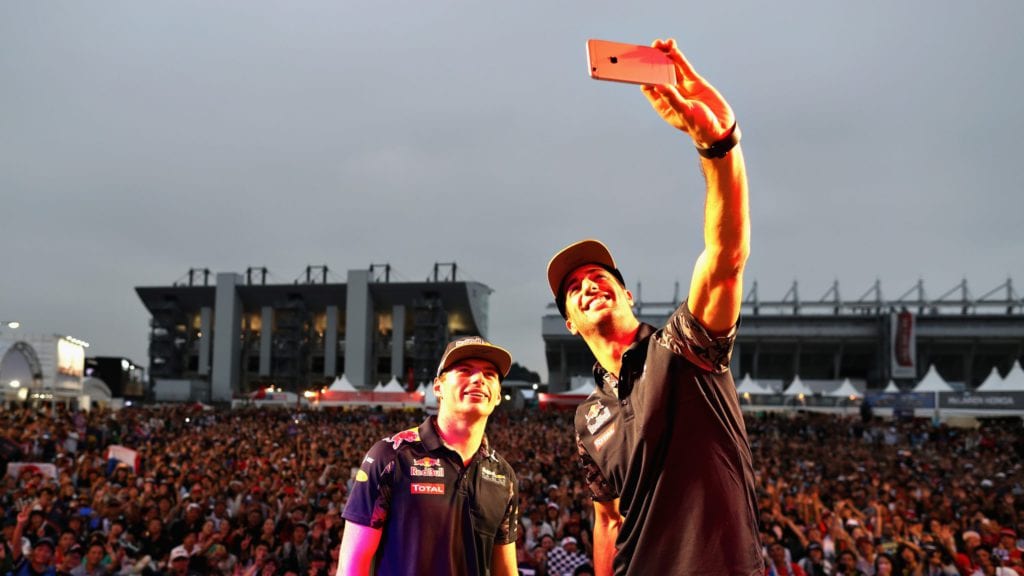