Seeing as there’s little else to talk about in F1, besides penalties and who will finish in third each race, tyres have been the main topic in 2019. Sole tyre supplier Pirelli decided to decrease the tread depth by 0.4mm for 2019 after experimenting with the changes in 2018 to combat graining at certain circuits. Mercedes won two of the three races on the revised tyres last year and, quelle surprise, has continued to perform well in 2019.

With some teams expressing their dislike of the new tyres, a mid-season change back to the thicker specification was discussed and voted on before Free Practice 1. The result was an even split for five teams in favour of the change, five against. In order for the changes to be made, seven teams must vote in favour of any revisions and create some kind of a clear majority.

It is believed that Red Bull was the instigator and lead force in getting a vote, with all team bosses present. F1’s Managing Director of Motorsport Ross Brawn, FIA technical boss Nikolas Tombazis and Pirelli Motorsport chief Mario Isola were also present; the Grand Prix Drivers’ Association (GPDA) was represented by chairman Alex Wurz and directors Sebastian Vettel and Romain Grosjean – along with fellow interested parties Lewis Hamilton and Charles Leclerc.

Mercedes, McLaren, Renault, Racing Point and Williams were all against the changes; while Ferrari, Red Bull, Alfa Romeo, Toro Rosso and Haas were all in favour. It’s the split you probably imagined. Isola argued that Pirelli made the decision to stop any graining and chunking issues, and that a change of tread thickness would not necessarily mean a bigger and kinder operating window.

The result of the seemingly positive meeting was that Pirelli needs to aim for a tyre with less degradation, a bigger operating window and one that is kinder to the teams with less downforce. 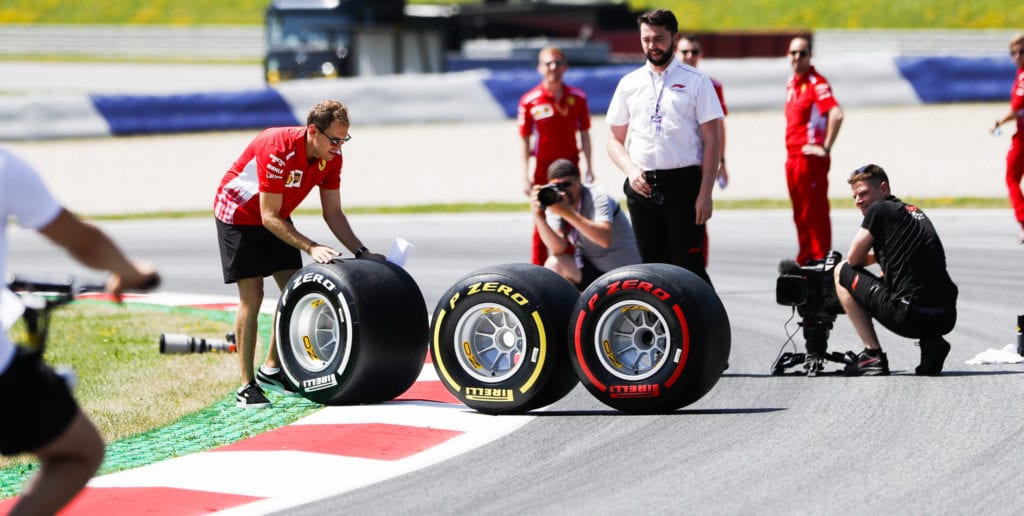