F1 Teams Will Be Allowed To Use Current Cars In Demo Events From Next Year – WTF1
Skip to content
×
Formula 1 , News

The F1 Live event in London earlier this year was a massive success, and it’s something Liberty Media hope to do more of in the future as Formula 1 tries to find ways to attract new fans. There was one problem with it though: no 2017 cars were being demonstrated.

That’s because F1’s sporting regulations place heavy restrictions on testing of current cars, which are defined as being any F1 car built to regulations from the previous year, the current year, or the next year.

That means that at events like F1 Live, some teams can’t run at all because they don’t have any suitable cars, and those that do rock up with historic cars or something that’s a couple of years out of date. Quite often they’ll be wearing the wrong livery too (because sponsor reasons), which can be really annoying for hardcore fans.

That’s cool and all, but many would prefer to see the cars that are actually being raced, and apart from actually going to a Grand Prix or closing your eyes and imagining really, really hard, that’s not really possible.

So for 2018, with more F1 Live events in mind, the FIA has relaxed the rules. Teams will be able to run cars from the current year (which will be 2018) and the previous year (2017) in demonstration events as long as they don’t cover more than 15km, and as long as it doesn’t take place on any circuit which is allowed to run F1 cars. 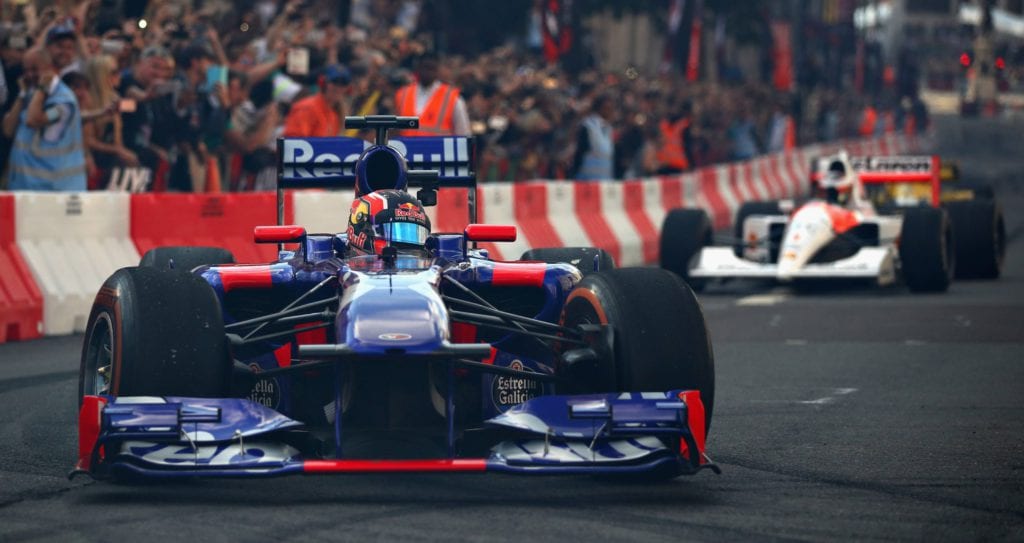