F1 To Trial ‘No Nonsense’ Track Limits At Imola

After the controversy surrounding last weekend’s Bahrain Grand Prix, the FIA has finally decided that enough is enough when it comes to track limits.

Lewis Hamilton and Max Verstappen’s incredible duel in Sakhir was somewhat overshadowed by yet more track limit controversy. Hamilton went off track a massive 29 times during the 56 lap race, while Verstappen’s pass on the world champion was deemed illegal and the Red Bull driver had to give Hamilton the position back.

Fans unsurprisingly felt a bit cheated that a titanic battle between two of the sport’s best ended in such a way, but the good news is it seems that finally the people in charge have heard our prayers and are doing something about it.

The next race at Imola (or Formula 1 Pirelli Gran Premio Del Made In Italy e dell’emilia Romagna for short), will see strict new track limits in place which the FIA themselves have dubbed ‘no nonsense.’

As one of the more classic venues, Imola of course doesn’t have such a big track limits problem compared to the more modern day tracks like Bahrain or Abu Dhabi, but it still wasn’t without its problems last year.

60 lap times were deleting in practice when the FIA decided that the white lines at the edge of the track determined the race track (ridiculous right?!), but following complaints from the drivers they decided to change that for the rest of the weekend and cars could drive on whatever version of Imola they fancied.

The drivers won’t have such luxuries this year though, as the FIA have reverted back to their original way BUT made things even stricter.

Where things get really interesting is that the stewards will now be able to flat-out disqualify a driver if they run four wheels outside the white lines and onto the run-off areas, and worst of all (for the drivers at least) it won’t even be a three-strike system. Drive outside the track to try and gain a bit of extra lap-time and BOOM. BLACK FLAG.

It appears the FIA have learned their lessons from Bahrain too, and just to make things completely black and white, these limits will apply in ALL sessions.

That’s right! Even running wide in a Free Practice session could mean disqualification, resulting in a driver not being able to take part for the rest of the weekend.

Whether this means cars will choose to sit in the garage for most of the session is yet to be seen, however a spokesperson from the FIA believed the amount of on track running during Friday ‘would be unaffected’.

The new trial may seem very forceful, but the FIA believe it’s a rule that will be better for the sport in the long run.

Sounds kinda foolish to us…

What do you think to the new system? Let us know in the comments section below. 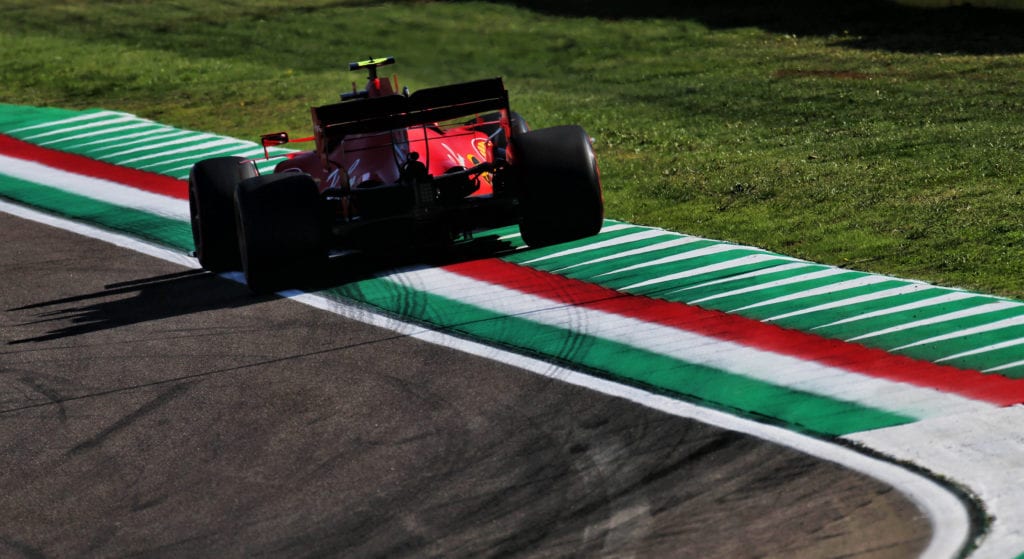