F1 Wants To Trial Reverse Grid Races This Year… But Not Every Team Is Up For It – WTF1
Skip to content
×
Formula 1 , News , Opinion

Following the reports that the Austrian Government has given a pair of grands prix in July the go-ahead, with the British government doing similar for Silverstone, it looks very likely that, for the first time in F1 history, the season will feature races at the same circuit twice. The season is set to start with back-to-back-races at the Red Bull Ring on 5 July and 12 July, with Silverstone set to host two races in August – all of which will be closed events without fans.

This helps to reduce the amount teams need to travel while also providing a way to get the season going quickly, which is great. However, a potential concern is that the second race of each of these double-headers could end up being a bit underwhelming.

To combat this, the FIA, Liberty Media, and the teams have talked about the idea of replacing qualifying for these second races with a short 30-minute sprint race, with the grid be arranged in reverse championship order. The finishing order of this race would set the grid for the proper grand prix.

If F1 wants to trial unusual concepts like reverse grids, then surely 2020 is the year to do it. The global crisis means that whichever way you cut it, it’s going to be a disrupted season with fewer races than planned and an utterly hectic schedule. It seems like the teams agree… well, most of them anyway.

For the reverse grids idea to go ahead, the sport needs all 10 teams to be in favour – one no and the whole thing falls apart. And, according to Autosport, Mercedes is against the idea.

We’ve been here before. Last year, F1 tried to get the reverse grid idea off the ground with trials at three races, but was shot down by the teams on that occasion, too.

Even if you don’t like the idea of reverse grids, what’s the worst that can happen? Either F1 trials them, realises they don’t work, and drops the idea for good, or they turn out to be absolutely incredible and something that we want to see a bit more of. It’s a win-win.

Personally, I’m all for giving it a go. We all love seeing the likes of Max Verstappen and Lewis Hamilton fighting through the field after a grid penalty – let’s have a short race where we get to see all the top guys faced with that same challenge in the same race. The 2005 Japanese GP is one of the greatest races of all time – and part of the reason for that is because the top drivers – Kimi Raikkonen, Fernando Alonso, Michael Schumacher – all started down the order.

Would I want to see the actual points-paying grand prix be a reverse grid race? No. Would I be annoyed if reverse grid sprint races completely replaced the purity and one-lap speed of qualifying? Yes. But it’s hard to have an opinion about something that hasn’t happened yet; it’s a shame that a single team can effectively overrule the other teams, the commercial rights holder, and the governing body in trying out a simple experiment. 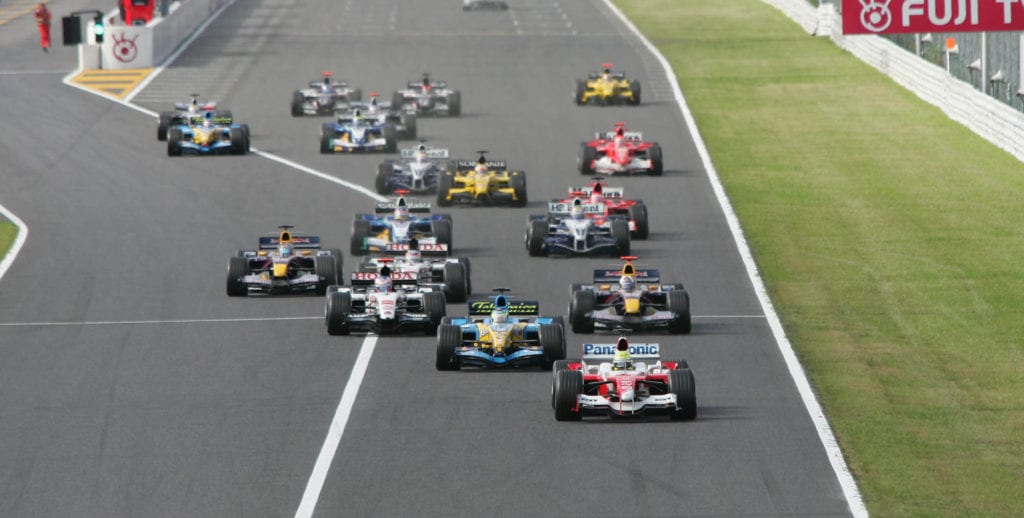