Following the huge success of the likes of the Veloce Esports event last weekend and Nascar’s decision to run an esports championship in place of real races due to the wave of cancellations caused due to coronavirus, F1 has also announced that it’ll be running a virtual championship.

Called the F1 Esports Virtual Grand Prix series, each round will be held on the same day as any cancelled or postponed races. That means that round 1 gets underway at Sakhir on Sunday, Shanghai on 19 April, Zandvoort on 3 May and so on. Quite what they’ll do on 5 April for the Vietnam GP we don’t know since that track isn’t in F1 2019 we don’t know, but they’ll surely figure something out – using Albert Park instead would surely make the most sense.

This is a great idea and hopefully there’ll be as many actual F1 drivers taking part as possible – as cool as it has been to see the likes of Lando Norris and Max Verstappen regularly racing, it would be even more brilliant if some less prominent F1 names from sim racing were also up for it – imagine the banter if Daniel Ricciardo or Kimi Raikkonen were involved. Any spaces not filled by F1 drivers will be taken by “a host of stars”, with the line-up for the first race to be announced shortly.

They’ll be using the PC version of F1 2019 for qualifying sessions plus half-distance races, setups will be fixed, car performance equalised, damage reduced, and driver aids available for anyone who needs it. The whole thing will be broadcast on F1’s official YouTube, Twitch, and Facebook pages, with the first event scheduled to begin at 8:00 pm GMT this Sunday.

“The series is strictly for entertainment purposes, to bring racing action to fans in this unprecedented scenario the world has been affected by, with no official World Championship points up for grabs for the drivers.”

Does that really need saying? Would anyone actually think that? It’s a shame though – these races should 100 per cent count towards the championship. If the 2020 season ends up being scrapped altogether, this might be all we have.

The best thing about the news is this, though:

“During non-race weekends, Formula 1 will also be hosting online exhibition races, where fans from around the world will be given the chance to go head-to-head with F1 drivers. More details of these events will be available across the official Formula 1 social media channels in the coming weeks.”

Not only giving fans the chance to have something to watch, but looking to get them involved, too!? Bravo, F1. Bravo. 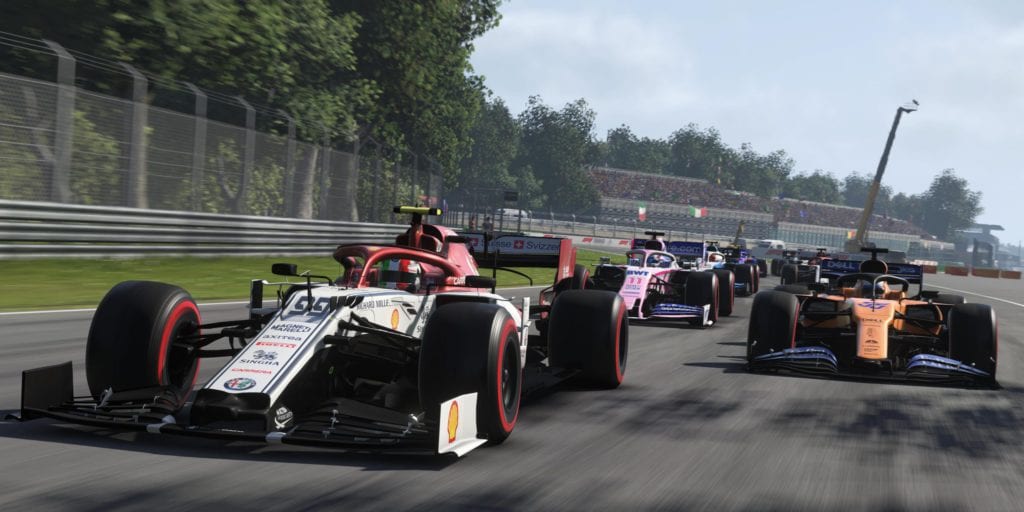