Even in the most adverse of scenarios, F1 has always had a podium ceremony. Sometimes the celebrations are muted in respect of a tragedy, sometimes they’re a bit awkward due to a controversy in the race. Usually, though, they’re moments of joy as the top three get to enjoy the result of all their hard work, cover themselves in champagne and – if Daniel Ricciardo is up there – be unfortunate enough to drink it from a shoe.

Not in 2020, though. Instead, Ross Brawn has said that the post-race procedure could end up looking a bit more like it does after qualifying. He told F1.com:

“The podium procedure can’t happen, but we’re looking at doing something on the grid after the race. One option would be to line the cars up on the track and the drivers will stand in front of cars.

“We can’t present the trophies, as you can’t have someone in close proximity presenting a trophy, but we have worked it out, we have plans and procedures, we’re looking at how we can present it on TV.”

It seems like a reasonably good solution but it makes you wonder what the drivers are going to do. They can’t jump out and embrace their team, they can’t wave to the crowd. They’ll just be celebrating on a largely empty pit straight while maintaining a responsible distance from everybody. 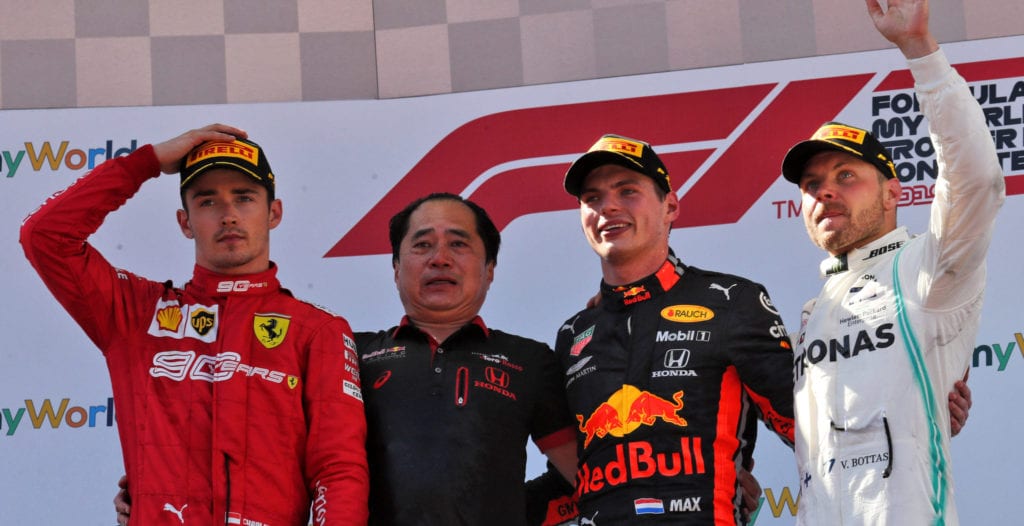