F1’s Got A Hell Of A Lot Quicker Since The Start Of The Hybrid Era – WTF1
Skip to content
×
Formula 1 , Onboards

F1 entered a new era in 2014 with the introduction of hybrid V6 Turbo power units, one of the biggest shifts in the F1 rulebook in quite some time.

As the sport started a new development curve, the speeds of cars increased rapidly and with the introduction of new aero rules and wider tyres for 2017, they’ve got even quicker.

Sure, Lewis Hamilton and Nico Rosberg were on medium tyres in the 2014 and 2015 and Hamilton’s 2016 time was on the softs compared to Raikkonen’s ultra-softs, but it still gives a good indication of how far F1 has come. 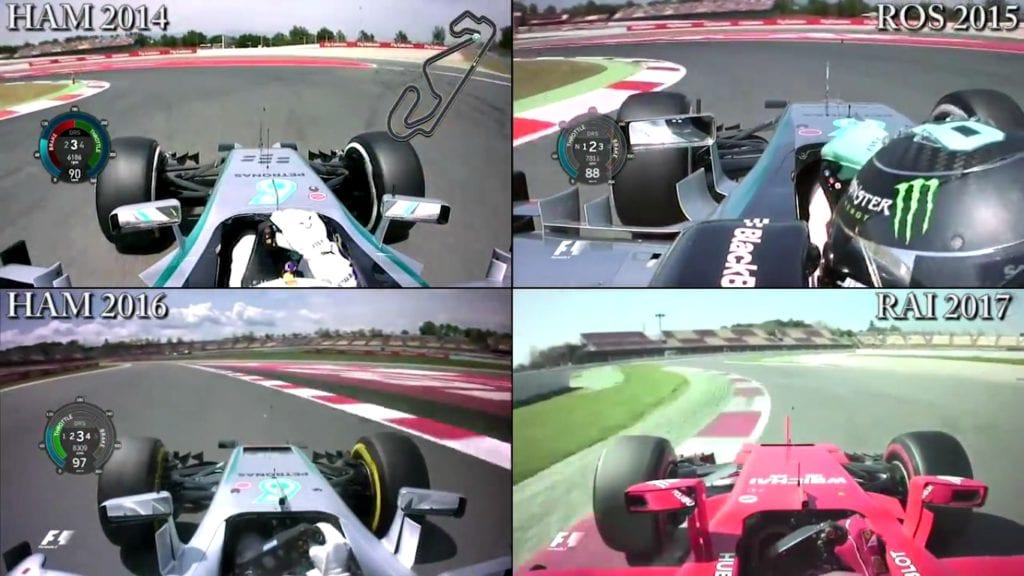