F1’s Massive Motorhomes Could Soon Be A Thing Of The Past – WTF1
Skip to content
×
Formula 1 , News

F1’s idea of a motorhome is rather different from anyone else’s. The huge, multi-storied structures are packed up, put on lorries, driven to a race and assembled ahead of a grand prix weekend so that the team can entertain the media, team members and sponsors with food and drink in bespoke, air-conditioned luxury.

They’re incredibly impressive, and a far cry from the days when the paddocks would have relied on a couple of food trucks, caravans, and portaloos for trackside amenities. Red Bull’s Monaco ‘floaterhome’ is especially spectacular.

They don’t appear at every race because the logistics of getting these structures to the likes of China and Mexico would be a bit of a logistical stretch, even by F1 standards. But for Ross Brawn, even seeing these motorhomes at the European races is perhaps becoming a bit much. His reasoning? They’re wasteful, expensive, and unnecessary. He explained to Motorsport.com:

“Then there is motorhomes. We all go to a grand prix and for nine races of the year we have motorhomes carted around by trucks, a large fleet of trucks, that give the teams the facilities they need.”

“For the other 15 races, they are quite happy to use whatever’s there when they turn up on Thursday. We go to overseas races, for example we go to Baku, and you have a nice set of prefabs all laid out for you. Nobody complains, and it is all workable.

“Then we go to Monza and we have our gin palaces with all the trucks that are needed to transport them. So in the future, we want to move to a motorhome or hospitality facility which could be put up with far less impact in terms of logistics and transportation than we have now.”

It makes a lot of sense – instead of moving these overly elaborate structures transported thousands of kilometres throughout the year, why not just have permanent ones at the circuits (where possible) which are more than workable?

Sure, F1 is a glamourous sport and the extravagance is a part of the appeal, but be honest – how much of a difference do the massive motorhomes really make?

Instead of getting rid of them completely, perhaps the solution would be for each team to have one race per season where they’re allowed to erect their own buildings – Red Bull in Austria, Ferrari in Monza, Aston Martin at Silverstone, for instance. And of course, if the teams can do something in Monaco, let them – it’s a special event and should always stand out from the rest.

But packing up lorries and taking them on a road trip around Europe just so that teams can have slightly better and more personal facilities? That’s just excessive – both in terms of time and effort, as well as the impact it has on the environment. 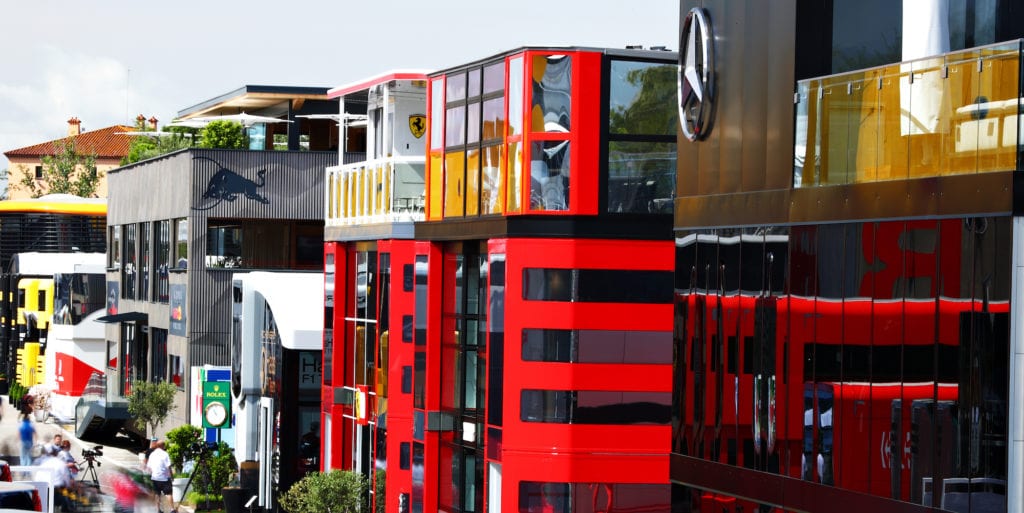