In 2020 we’ve lost Monaco, Suzuka, Canada, Interlagos, and many others from the calendar. In their place, we’ve gained four completely different (and somewhat unexpected) tracks. Two of them – Portimao and Mugello – are all-new to F1, while the other two – the Nurburgring and Imola – are returning classics. And when it comes to those two races, they’re eyeing up a Formula 1 future that extends beyond being a mere substitute in the unusual circumstances of 2020.

During the height of the Michael Schumacher era, the Nurburgring was a regular feature on the calendar alongside Hockenheim as Germany hosted two races each year. In the late 2000s, this changed to become an alternating deal which saw the Nurburgring host a race in the odd-numbered years, with Hockenheim hosting the German GP in the even-numbered years as a method of saving costs.

However, the Nurburgring last hosted a grand prix in 2013 as financial troubles saw the race slip off the F1 calendar. Hockenheim was left as the sole German GP location and never had a secure slot, missing out on races in 2015, 2017, and the initial 2020 calendar. The track was regularly mentioned as a potential replacement event this year but eventually missed out, with the Nurburgring instead proving to be something of a surprise (but welcome) addition. Nurburgring managing director Mirco Markfort hopes this is the start of not only the Nurburgring’s more permanent return to the calendar, but also the launching point for a more regular German GP and a reigniting of the race-sharing plan with Hockenheim. He told Motorsport-Magazin.com:

“We were always in loose contact with Formula 1. In the past few weeks, the discussions have intensified and thank God we have come to a deal that is fair for both sides and just fits.”

“The best model for us would be if we could come back to an alternating solution. I think that would help both. And I don’t think that [competing for the race with Hockenheim] can be the future for motorsport in Germany.”

“We are now concentrating on this year for the time being and we will see everything that comes afterwards anyway. It is good that both were in contact. It is always better if something takes place in Germany than if nothing takes place for too long. You should never give up hope that a German GP can also take place in the future! “

Then there’s Imola. Like in Germany, Imola was a second Italian venue on the calendar from 1981 until 2006 and was known as the San Marino GP. After losing the race, the track was redeveloped and in recent years has been pushing hard for a return to the calendar – at one point, it was even set to take over as the venue for the Italian GP when Monza’s future looked uncertain.

Now that the track will hear the sounds of contemporary F1 cars once again, the circuit is keen for this to be the start of Imola becoming a more regular fixture of the calendar. Imola boss Uberto Selvatico Estense told Motorsport.com:

“We have been looking for this goal for many years. We talked with the F1 management people for a long time, and now we’ve achieved the target that we tried to get. I think our heritage is so important, we are so famous for F1 that this opportunity came true not only because of Covid, but also because F1 needs to come back to the historical tracks, back to the real passion of F1 fans.

“We are trying to apply to F1 for an opportunity for next year, but there’s everything to discuss after the race, I think. Our will is very clear, we are driven by our passion.”

“[Race director] Michael Masi came to Imola for the inspection, and he was really surprised about our situation,” he said. “We received compliments from him, and this obviously leaves us very proud. Right now we don’t have to change anything. We have to improve some details, but nothing very heavy or very important. We don’t have to modify kerbs or run-off areas.”

Of course, any track can say it wants to be on the calendar, but it doesn’t mean it’s going to happen. So how likely is it?

Well, in the immediate future, the chances of seeing Imola and the Nurburgring again (and possibly even Mugello and Portimao, too) might not be too bad. The pandemic isn’t simply going to go away the moment the clock ticks over to midnight on 31 December, and F1 would be naive to think that it can reveal a 2021 calendar that looks something like the old 2020 schedule did. Some countries may not be willing or able to host a grand prix and it’s certainly much easier logistically for the teams and personnel to move around Europe – hence why so many races this year are being held in Europe despite the fact that the season stretches into the start of the European winter.

In that case, some of these substitute circuits may well get another chance. Beyond that, in years to come, once money and politics become more of a factor in arranging a calendar, their chances might weaken – though the Nurburgring and Hockenheim sharing the German GP seems like a plausible option for the future.

In the meantime, let’s just enjoy that fact that we’ve got this unusual calendar filled with awesome classic circuits and exciting new ones. Even if we never see any of them again, the fact we’re getting races there at all is an absolute win. 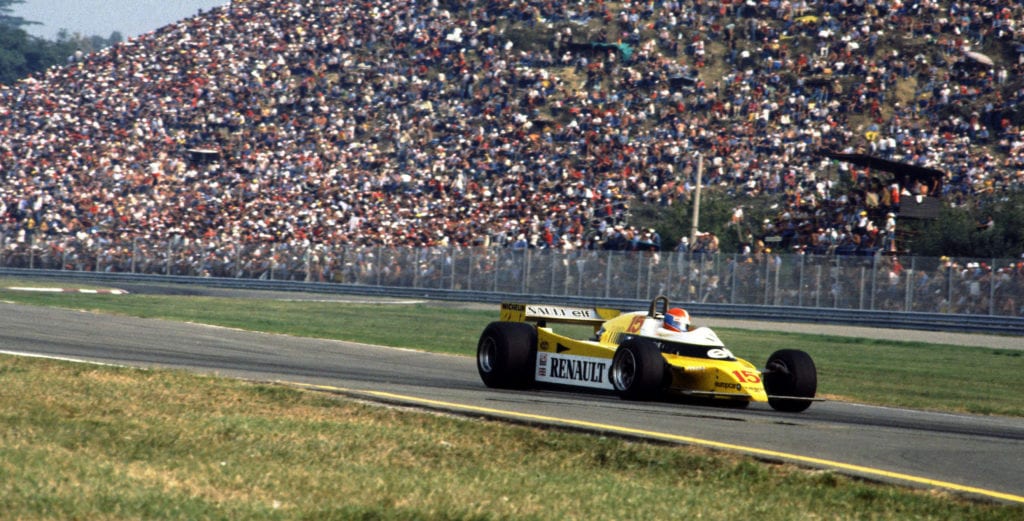