F2 Driver Mazepin Has Been Heavily Punished For Driving With “A Total Lack Of Due Care” – WTF1
Skip to content
×
Juniors , News

On the run down to Turn 2 for the first time, pole-sitter Mazepin was defending from Jack Aitken when he completely missed his braking point, running onto the run-off area and taking Aitken with him.

While Aitken negotiated the bollards properly, as instructed by race control ahead of the weekend, Mazepin tried to take some liberties with the process and ended up clipping the side of Atiken’s car before either had even rejoined the track. Mazepin sent himself spearing off to the right into Turn 3 and ended up collecting the innocent Nobuharu Matsushita, who was set to take the lead.

Both cars were sent into the barriers in a big way, resulting in a long red flag period while the barriers – and more importantly, the drivers – were attended to. That’s not something anyone ever wants to see, especially given the tragic events at Spa.

Thankfully, both drivers were OK and sent to the hospital for checks, although Matsushita was supposedly knocked unconscious in the crash and had to remain overnight for observation and further precautionary scans.

Unsurprisingly, the stewards came down hard on Mazepin for the incident, which he triggered by not negotiating the run-off area in the way he was supposed to. They’ve handed him a whopping 15-place grid penalty at the next round in Abu Dhabi for the incident and given him four penalty points on his licence because “he showed a total lack of due care for his fellow drivers and caused a bad incident, which could have been much worse”.

A hard penalty? Yes. Fair? Absolutely. Although the only thing that really matters is that nobody was seriously hurt. 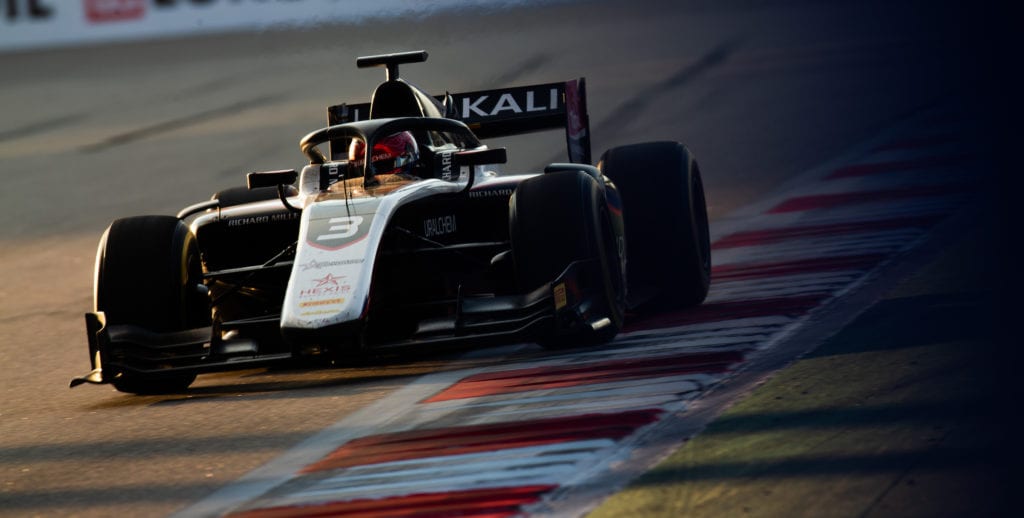