Mazepin, who made the step up to Formula 2 after finishing runner-up in GP3 last year, will partner regular race driver Valtteri Bottas during the post-Spanish Grand Prix test session in Barcelona this week. While the test will be the Russian’s first taste of current-spec Mercedes F1 machinery, he is also in the middle of a private 12-day test programme using the 2017 W08. It is reported that Mercedes reserve Esteban Ocon has been lending his advice to the 20-year-old throughout the programme.

Prior to this Mercedes deal, Mazepin was Force India’s development driver and completed eight days-worth of testing for the team between 2016 and 2018. His time at Force India ended when the team transitioned into Racing Point, following the Lawrence Stroll-led consortium’s financial rescue. Stroll Snr. and co. managed to get the deal done ahead of Russian firm Uralkali – a company that Mazepin’s billionaire father, Dmitriy, is on the Board of Directors.

The announcement means that the testing line-up over Tuesday and Wednesday is virtually complete. Mazepin isn’t the only driver making his first outing for a new team, with fellow F2 drivers Sergio Sette Camara and Callum Ilott turning out for McLaren and Alfa Romeo respectively. The F2 connection doesn’t stop there, with Antonio Fuoco at Ferrari, Jack Aitken repping WTF1 at Renault and Nicholas Latifi driving the Williams. There’s a blast from the GP2 days as well, as Porsche Supercup star and Racing Point simulator driver Nick Yelloly will make his first F1 testing appearance for four years.

Once again, Ocon is unfortunately left on the sidelines. And there are no TV cameras in the garage this time to capture his every blink! 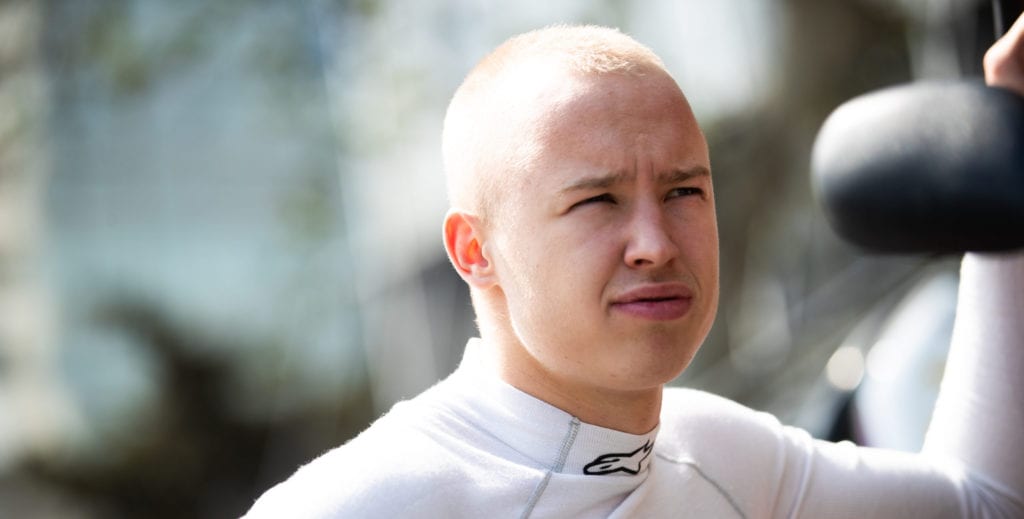