The sprint race format in F2 is usually quite straightforward, because while drivers can change tyres they are often so durable a pitstop isn’t needed.

So, we usually see an uninterrupted race to the chequered flag, but a few drivers tried something different in the Bahrain sprint race.

Artem Markelov peeled off into the pits on lap 10 to go from soft tyres to medium tyres. He was running in third at the time so it was quite a risk.

He emerged over 40 seconds off the leaders in 15th place and despite making up time in the first few laps of his second stint, his pace gradually dropped off.

But, that didn’t stop Prema from taking a gamble with race leader Leclerc, who had extended a comfortable advantage over the chasing pack after hitting the front.

They went for “plan B” and pitted him with eight laps remaining, going from medium tyres to softs – would the risk pay off?

The Ferrari junior emerged way behind the podium places in 14th but he was able to switch the fresh tyres on straight away and was four seconds faster than the leaders.

He managed to weave his way up the order like the AI setting was on ‘easy’ and was right behind the battling Luca Ghiotto and Oliver Rowland with two laps left..

Leclerc easily disposed of Rowland on the pit straight with DRS as they went onto the final lap and was then all over the back of Ghiotto on the run to Turn 4.

The pressure clearly got to the Russian Time car as Ghiotto ran wide and Leclerc was through. From 14th to first in just seven laps.

It was an incredible performance and he stormed to victory, in only his second F2 race and on his debut weekend in the Dallara GP2/11 car.

He backed up his third place from Saturday’s feature race with a truly incredible drive to victory and a ballsy decision from his Prema team.

What a race and a great example of how doing something different can pay off. 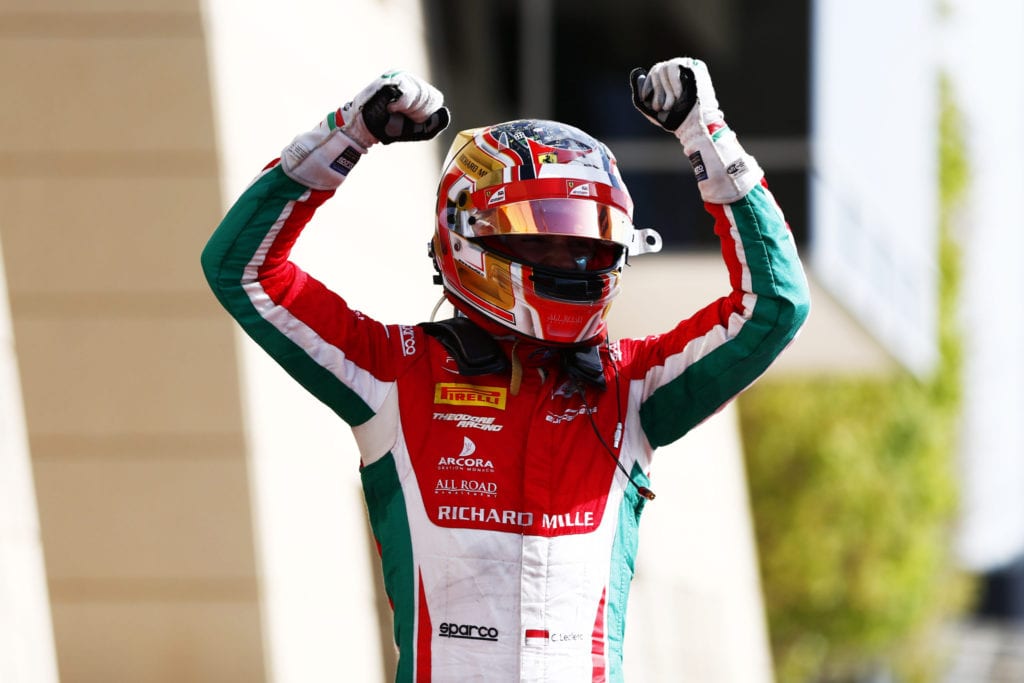