F2 Driver Raghunathan Has Been Banned From The Next Round In Austria – WTF1
Skip to content
×
Juniors , News , WTF

Raghunathan’s maiden F2 season hasn’t exactly been painted in glory. He earned a penalty in the opening round in Bahrain for doing too many laps and in Baku, it took him so long to turn his car around in an escape road that his team boss had to give him some tips on how to drive. Monaco was also a bad weekend – he got done for cutting the chicane and gaining an advantage, as well as taking Jack Aitken out of the race while being lapped.

Throw in his generally poor pace (his Paul Ricard qualifying lap was only just over a second faster than the Formula 3 pole time) and you’ve got a driver who, realistically, is out of his depth in such a high level of motorsport and probably shouldn’t be in Formula 2.

Now, he won’t even be on the grid in Austria due to a series of infractions in the feature race in France which earned him nine – yes, nine – penalty points in a single race.

Just like in F1, drivers earn penalty points on their super licence for infractions, and reaching the limit of 12 penalty points in the space of a year results in a ban. Raghunathan already had three from his previous mishaps, and in Paul Ricard was found to have breached Virtual Safety Car Protocol on three separate occasions. As well as a 15-second time penalty dropping from 12th and last to… well, 12th and last-er, each error gained him three penalty points, resulting in nine – yes, nine – in total.

That takes him to the threshold of 12 and results in an automatic ban, leaving the MP Motorsport driver sidelined for the next round of the championship in Austria. Since that’s just a week away, the team has a race on its hands to find a substitute driver – Artem Markelov took the place of the other MP driver, Jordan King, during the Monaco round while King was competing at the Indy 500, so he seems a likely front-runner.

Raghunathan, meanwhile, will be able to return for the following round at Silverstone, though the points will remain on his licence until the end of the season. Given the way his season has gone so far, it wouldn’t be surprising to see him rack up another ban before the year is out… 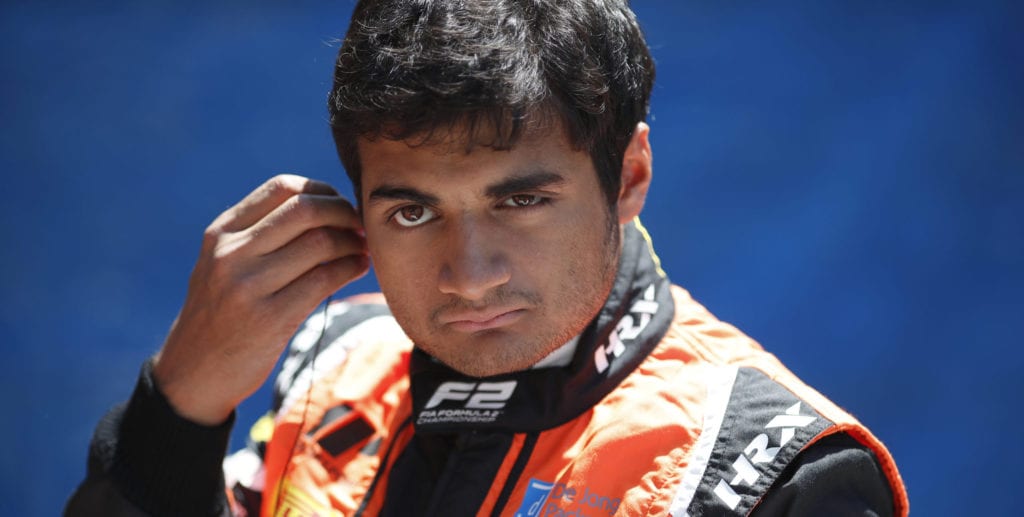