If you’ve been following F2 in the slightest this season, you’ll know all about Raghunathan. As well as being comically slow, he’s also made some mind-bending errors. He drove too many laps in Bahrain, didn’t know how to turn his car around in Baku, unashamedly cut corners at Monaco before punting out Jack Aitken while being lapped, and then earned an incredible nine penalty points in one race in Paul Ricard. That took him to the threshold of 12 penalty points and was banned for the Austrian round of the championship.

Since the penalty points system was introduced to F1 in 2014, not one driver has received a race ban as a result, which just goes to show how incredible it is that Raghunathan managed to get one in less than three months. Seemingly not content with just the one ban, he’s continued to rack up the penalties and, following an incident in the F2 practice session this weekend, has reached 12 points once again.

It’s for another odd incident, too. As usual, drivers lined up on the grid after the session to do some practice starts. Instead of waiting for those ahead of him to do theirs before he pulled away, Raghunathan simply ignored the protocol and made his start when he was ready – and the stewards weren’t happy. The statement read:

“The driver carried out his practice start with two cars ahead of him on the grid. The driver was advised that this is extremely dangerous behaviour and will not be tolerated by the stewards.

“The standard of driving should be higher as this is the last event of the season. The driver stated that the car in front of his started rolling – this was not the case. After the driver of Car 17 passed the first car ahead of him, which was the latest he could have recognised his mistake, he didn’t slow down.”

So, another bumbling mistake, more penalty points accrued, 12 points reached, he’s banned for the rest of the weekend – right? Unfortunately, no.

The regulations state that the driver will be banned for the next event. That means he can complete the rest of this weekend before the ban will come into force (as it did when he was punished in Paul Ricard) and will sit out the next round of the championship. The problem is that Abu Dhabi is the last event of the season, so where does that leave his punishment?

You’d think it would carry over to the first event of 2020 – assuming Raghunathan races in F2 next year, that is. But unlike in F1, the penalty points for F2 drivers only count during the current season and don’t operate over a rolling 12-month period.

That means that Raghunathan can compete this weekend and then theoretically return next year with a clean slate, effectively getting away with his actions without having had to face the proper consequences.

But it’s OK, because his practice incident this weekend earned him the additional penalty of having to start from the pit lane – a huge drop from his original qualifying position of… well, 20th and last. 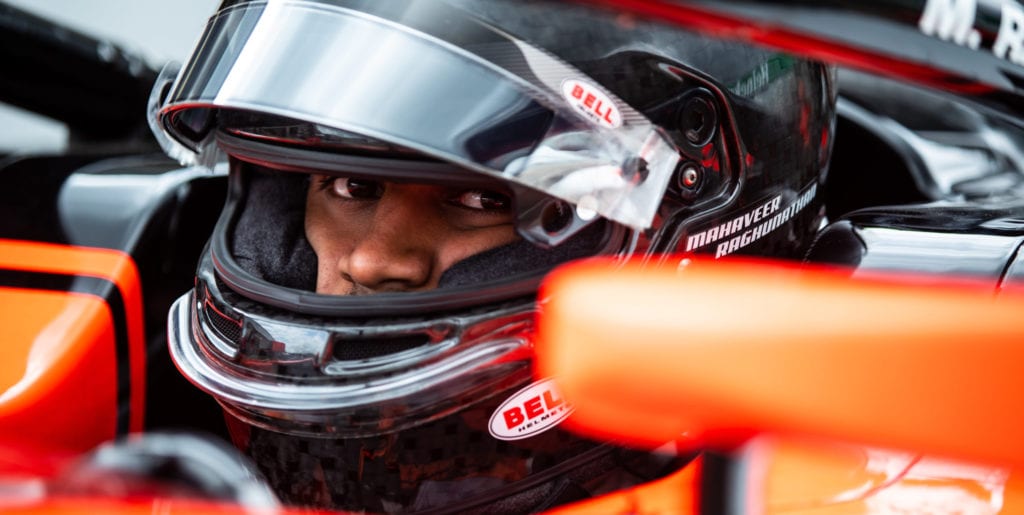