F2 Driver Raghunathan Was Given A Penalty In Bahrain For Doing Too Many Laps – WTF1
Skip to content
×
Juniors , News

The Formula 2 season got underway in Bahrain this weekend, with Nicholas Latifi winning the Feature Race and Luca Ghiotto brilliantly making use of a pit stop – Charles Leclerc-style – to carve his way to victory in the Sprint Race. As usual in Bahrain, tyre-degradation played a huge part in the racing but despite the chaos normally associated with F2, there were very few retirements, the only stoppage coming courtesy of a DRS failure for Sean Gelael on Saturday.

One driver who didn’t have such a great weekend was debutant Mahaveer Raghunathan. The MP Motorsport driver was lapped by winner Ghiotto towards the end of the race – which should have meant that he stopped racing after 22 of the 23 laps.

However, instead of backing off for the cooldown lap after taking the chequered flag, Raghunathan continued to do an extra lap – at full racing speed – and then took the flag again.

This can be a pretty dangerous scenario as it’s not uncommon for marshals and track workers to move onto the circuit after the flag falls, so to have another car continuing on at a competitive speed isn’t exactly ideal.

As a result, Raghunathan has been given a 10-place grid penalty for the next race in Baku. Unusually, though, he actually went up a position after the race from 20th to 19th after Giuliano Alesi was disqualified from 18th for having one his tyres fitted to the wrong side of the car. 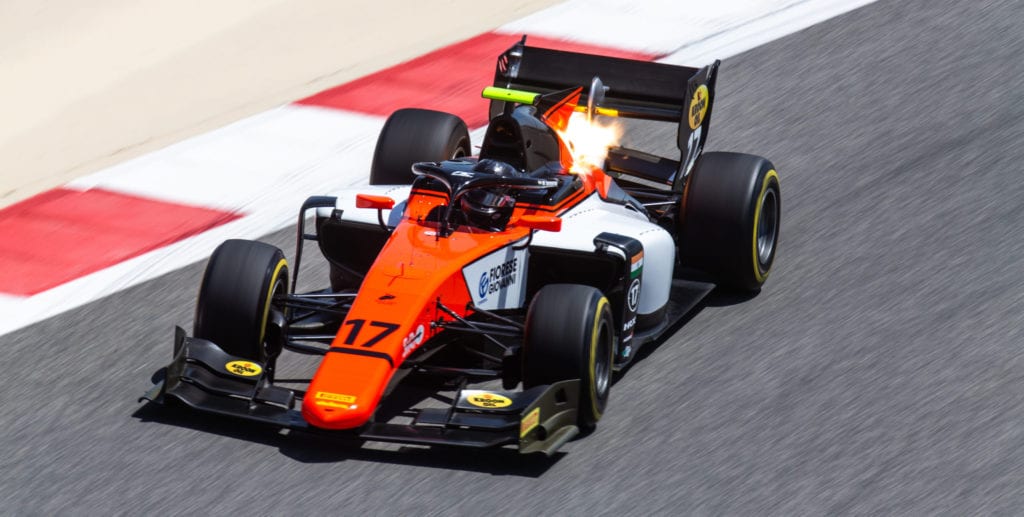