F2 Driver Threw Away Easy Victory Because He Lost A Mirror

When you’re in the lead of a race and in complete control, the last thing you want to do is throw the car off track with a handful of laps to go.

That’s what happened to DAMS driver Nicholas Latifi during the Formula 2 sprint race at the Circuit de Barcelona-Catalunya.

The reason for losing the race victory was bizarre too, and proves even racing drivers can have lapses of concentration even while driving at high speeds.

Latifi stormed into the lead of the F2 race at the start, having lined up third, and looked in command at the front of the field.

He pulled out a comfortable lead over ART Grand Prix’s Nobuharu Matsushita and appeared to have the win completely wrapped up.

But suddenly, with four laps to go, he went off track and through the gravel at the Turn 5 hairpin. His lead was wiped out and Matsushita inherited first place, with Latifi losing second to his DAMS team-mate Oliver Rowland too.

It was a massive shock, as he had big lead and looked in control, but his excuse for the late off-track excursion was as bizarre as the incident itself:

“A lap before I went off something quite big flew off and hit me in the helmet, I actually thought it was a bit of the front wing but everything felt okay, and it turned out to be the right mirror. I only noticed it just before I was braking for Turn 5, and it just distracted me for a tenth of a second or something, delayed my reaction, and it’s quite a tricky corner to get right, especially in the races, and I missed my braking point.”

So, his wing mirror had earlier flew off and it took him until the Turn 5 braking zone to notice. And that was all it took for him to miss the corner.

“I’m just very disappointed: I know it was my race to win. There’s a lot of frustration but I can’t do anything about it, it’s done and I can’t take it back, but there are also positives I can take away from it. It was my race but I got distracted, that’s all: when you’re cruising out the front there’s a lot to think about.”

A simple mistake but one that cost him hugely. 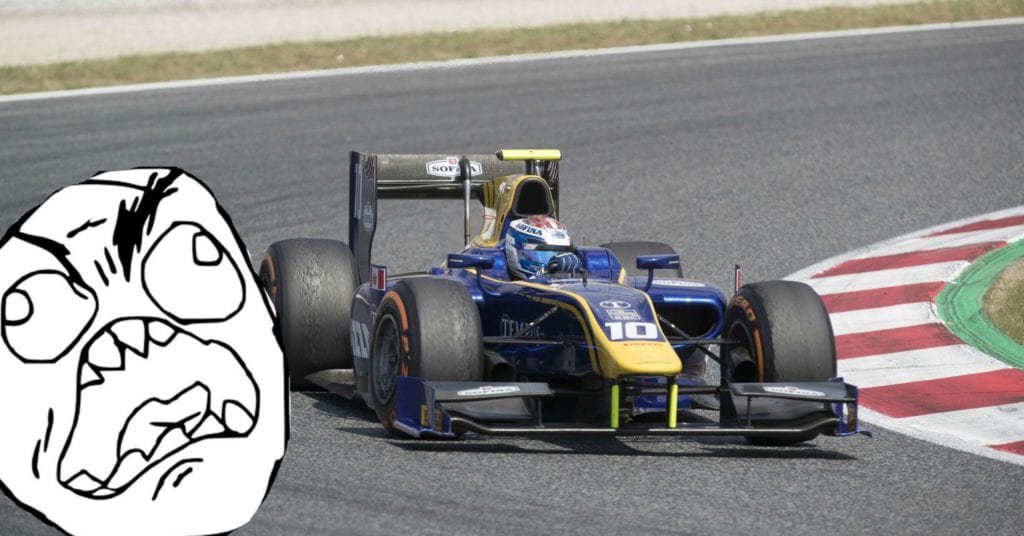