F1 teams have a little longer to wait until it’s time to pack up and head off on their summer holidays, because two days of testing at the Hungaroring is taking place.

Day one concluded on Tuesday with F2’s dominant championship leader Leclerc setting the fastest time for Ferrari, using Pirelli’s soft tyre compound to put in a 1:17.746.

Ruining the work of journalists who decided to jump the gun and write their reports before the chequered flag, Leclerc set his time very, very late in the afternoon – right before the end of the session.

He pipped McLaren’s Stoffel Vandoorne by just 0.088 seconds, with the Belgian driver putting in the morning benchmark before spending most of the afternoon in the garage (insert McLaren Honda joke here).

Vandoorne then got back on track to improve on his time, but he used the ultra-soft tyres to do so. In third and fourth were two Mercedes cars…

Yep, the Silver Arrows had two drivers completing the first day of the post-Hungarian GP test – Valtteri Bottas was carrying out 2018 tyre testing with Pirelli.

He was P3, putting in the most laps of anybody (a staggering 155 laps). GP3 racer and Mercedes junior George Russell was P4 and passed the 100-lap mark. A productive first test in a 2017 F1 car.

Lance Stroll was a late super-sub for the unwell Felipe Massa and was fifth, with over 137 laps under his belt, ahead of Force India’s development driver (and F3 midfielder) Nikita Mazepin.

He shared driving duties with DTM frontrunner Lucas Auer, who took over in the afternoon and was ninth – separated by Renault’s Nicholas Latifi and Toro Rosso’s Sean Gelael (who missed a large chunk of the morning due to an engine problem).

Haas youngster Santino Ferrucci was P10, just ahead of Red Bull’s Max Verstappen – who had a MGU-H issue in the morning – and Sauber’s Gustav Malja.

Of course, focus now turns to the second and final day, because Robert Kubica makes his debut in an F1 2017 car with Renault. HYPE INTENSIFIES. 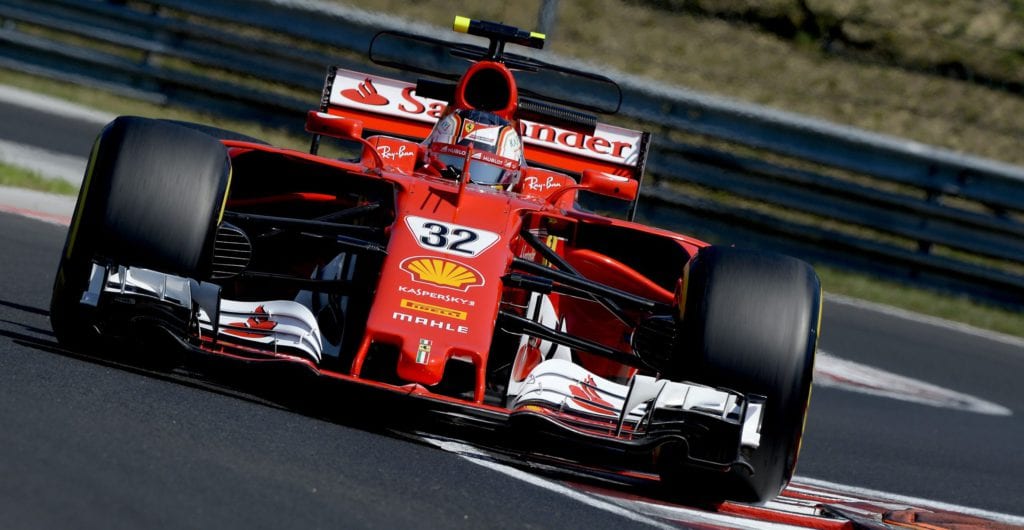