F2 Officials Accidentally Put Half The Field A Lap Down And ‘Can’t Resolve The Error’ – WTF1
Skip to content
×
Juniors , WTF

When Mick Schumacher spun Tatiana Calderon at Rascasse halfway through the race, the track became blocked and out came the red flags. They were running ninth and 10th at the time, and many of the drivers behind the had made their sole mandatory pit stop. This set up an exciting scenario at the race start where the front-runners would have to pull enough of a gap to try and pit and rejoin in front of those who had already stopped.

However, when the race restarted, everyone from ninth position down – Calderon, Schumacher, Louis Deletraz, Sean Gelael, Anthoine Hubert, Ralph Boschung, Nicholas Latifi, Jack Aitken, Nikita Mazepin, Giuliano Alesi, and Mahaveer Raghunathan – were incorrectly shown as a lap down. It’s easy to see how this happened – the top eight runners had started a new lap when the red flag came out, while everyone else was unable to do so thanks to the blockage. However, this meant that technically, the leaders put a lap on those 11 drivers during the red flag period, which shouldn’t be allowed to happen.

This kinda spoiled the race, as it effectively locked in the top eight positions, while everyone who’d pitted early – a very viable strategy at Monaco which banks on exactly this sort of situation to gain an advantage – was suddenly only able to finish ninth at best.

The most amazing thing, however, is that race control admitted that mistakes were made, but that nothing could be done to rectify the error. A statement from the series read:

“In preparation for the restart, the cars were properly re-ordered in the pit lane in the order they crossed the last timing loop prior to the red flag period. A decision was subsequently made not to further adjust the restart order.

“Article 42.3 of the 2019 FIA F2 Sporting Regulations specifies the manner in which the restart order is to be re-established at the restart. That process was not executed in that those cars originally in pit lane ahead of the leader as well as lapped cars were not allowed to transit the course and join the restart order at the rear. While this procedure negatively impacted the remainder of the race by putting significantly more cars down a lap than would otherwise have been the case, the stewards find no equitable method to resolve this error and accordingly leave the results from race one as they stand.”

What’s bizarre is that the sport even has to go through that entire process when you’d think it could simply be adjusted via the timing system. Theoretically, they should simply be able to manually add a lap to the cars affected and Bob’s your uncle, problem solved – without having to mess around getting cars to do extra laps to re-order the grid.

The series said it would refund the fees of all those who protested as a show of good faith, but it does nothing to fix the situation that a load of drivers and teams were shafted by the series’ own operational error.

It’s an incredibly difficult situation for the organisers to be in. Those at the front, such as race-winner Nyck de Vries, didn’t actually benefit from the situation, so to punish those drivers would be as unfair as it was to incorrectly put the other contenders a lap down. However, the race wasn’t technically run to Formula 2’s own sporting regulations, so should it even be allowed to count towards the championship? 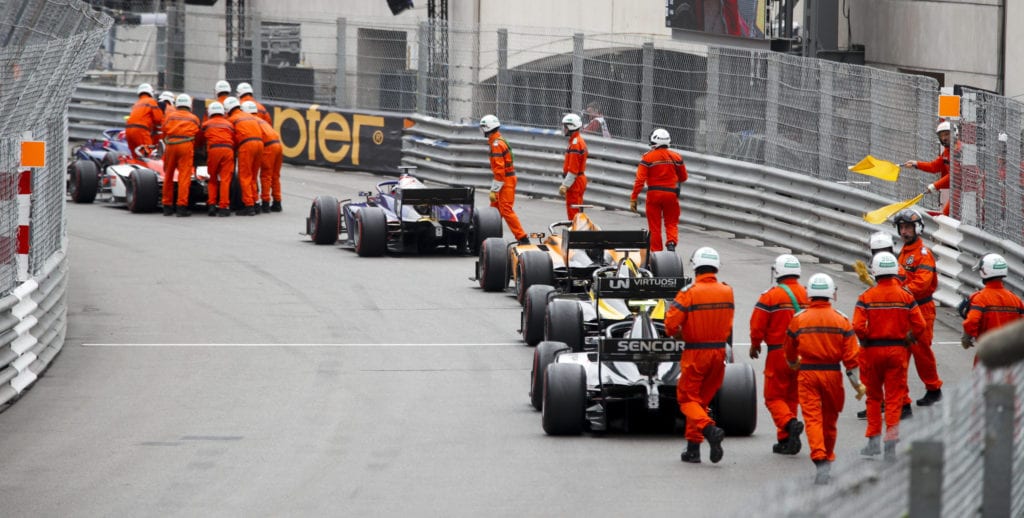