F2’s New 2018 Car Has Been Unveiled, And It Features The Halo

Formula 2 has unveiled its new car for the 2018 season and – as expected – it features the ‘halo’ cockpit protection device, which also debuts in Formula 1 next year.

It’s the first car for this new generation of F2, with the series currently using the Dallara GP2/11 chassis that was introduced way back in the 2011 GP2 season and is practically ancient now.

The F2 2018 has a new aero package, with a lower and wider rear wing, wider front wing with a more angled design and the pointed front nose similar to the GP3 car. There’s also the halo.

F1 introduces cockpit protection next year and F2 has kicked off the junior categories bringing in similar devices. It was important to bring it in for 2018, as it’s difficult to introduce it mid-way through a car’s life cycle.

The halo is the major safety improvement and apparently the one on the car at the Monza reveal is just a launch version. So, it should look a bit better with the final version, just as it hopefully will in F1.

The car has also been shaken down, with a test at Magny-Cours in July, and on-track running will continue this year. There are two tests planned in December focused on performance, before being handed over to teams.

The first cars will be delivered in mid-January and the second in mid-February, with a shakedown between those dates to allow teams to get to grips with the all-new car.

Even with the halo, the F2 car is a good-looking single-seater beast. We’ll miss the howling V8 sound of the old machine, but the new one has a much slicker appearance inspired by the awesome-looking 2017 F1 cars. 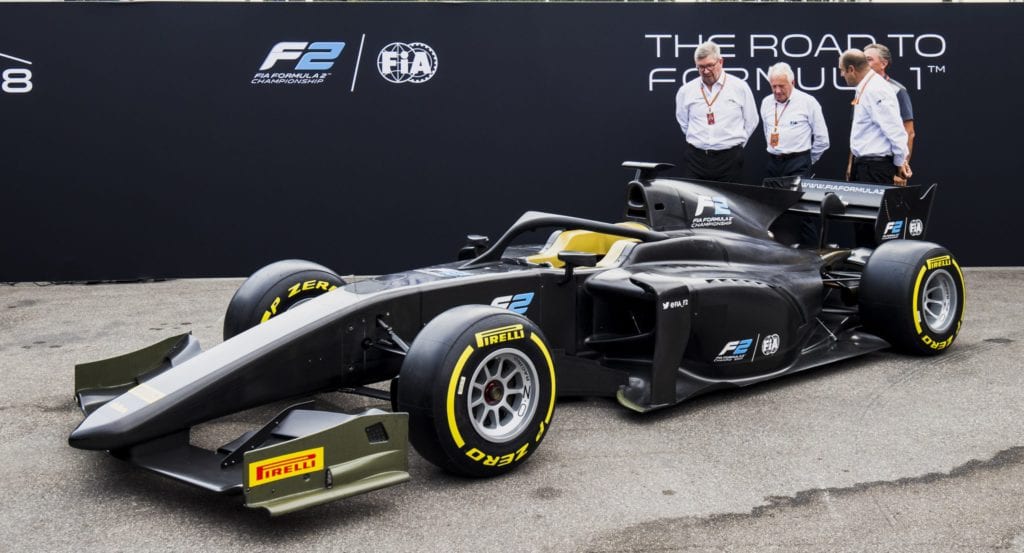