The start of any race is a great opportunity for drivers to make up positions, especially at a track like the Hungaroring where overtaking can be difficult.

On the other hand, there’s the old saying that you can’t win a race at the first corner, but you can definitely lose it. For Carlin driver Devlin DeFrancesco he definitely lost it whilst trying to recover from a bad getaway.

He tried a bit of a lunge on the brakes into turn one but unfortunately for him, his teammate was doing the same, and with nowhere to go DeFrancesco bounced across the grass and slammed into the innocent Petru Florescu, who will now have a good idea of how it is to compete in a public lobby of any racing game.

Both drivers were out on the spot as the safety car came out to clear up the wreckage. It isn’t the first time these two have come together either, though this time the aftermath was a bit more civil – the two of them came to blows (literally) during a British Formula 4 round last year when they were teammates! 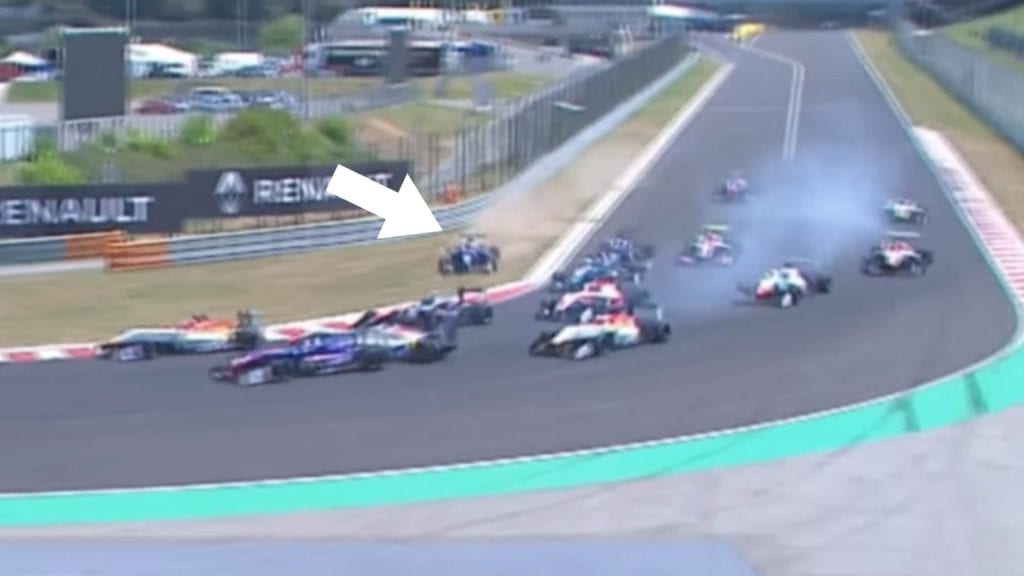