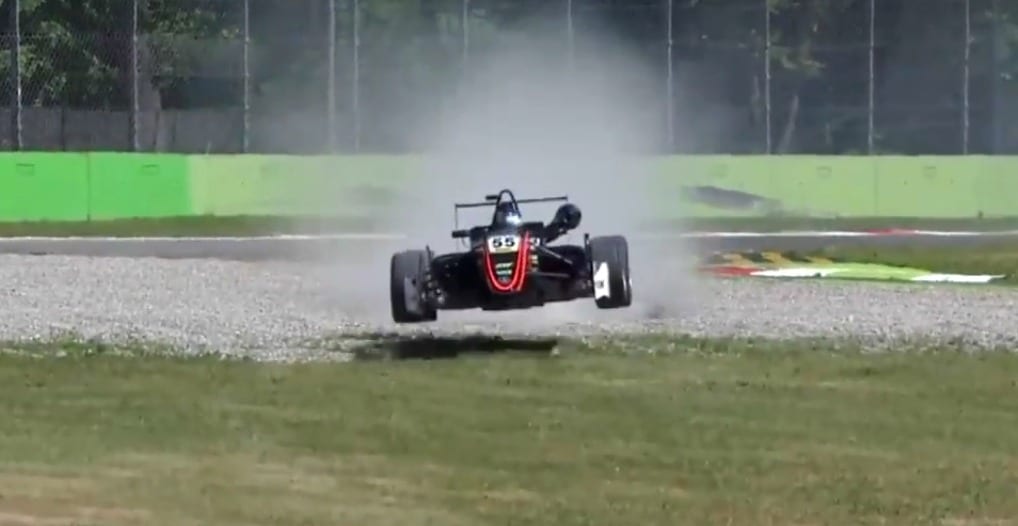 F3 Driver Gets Some Serious Air With Trip Through Gravel Trap

The first European Formula 3 race at Monza featured a lively scrap for the victory between McLaren junior Lando Norris, who eventually won it, and Force India protégé Jehan Daruvala.

Further back, the racing was similarly feisty, although a side-by-side battle through Ascari caused this huge moment for David Beckmann.

The Van Amersfoort Racing driver was forced wide in a battle and decided to straight-line the corner, going through the gravel trap and across the grass.

He probably failed to realise the large bump and decided to floor it through the gravel at high speed, resulting in a couple of massive jumps.

That didn’t stop him keeping his foot firmly planted on the accelerator pedal though as he rejoined back onto the circuit.