Billy Monger was involved in an horrific crash at Schwantz Curve when he collided with the stationary car of Patrick Pasma, who was recovering from a spin.

Damage to both cars was extensive, and medics took almost two hours to extract Monger from his car before airlifting him to hospital. Pasma was also taken to hospital but while he suffered no serious injuries, Monger has unfortunately had to have his lower legs amputated after attempts made to save them were unsuccessful.

Monger was competing in his second season of British F4 having scored multiple podiums, and he currently lies sixth in the championship.

He was massively popular among his fellow drivers, and in the wake of the awful news messages of support for Billy have poured in on social media, with people from all areas of motorsport offering their well-wishes.

In order to help Billy cope with the recovery from his life-changing injuries a Just Giving page has been set up by his team, JHR Racing, in order to raise money for his rehabilitation. If you’d like to donate, the page can be found by clicking here. 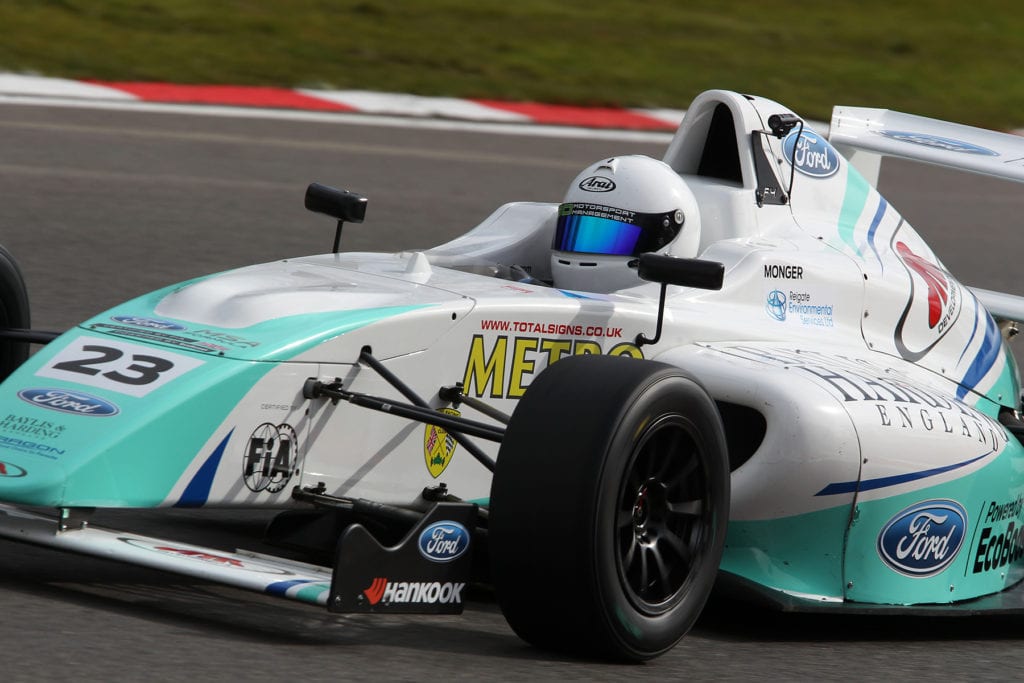