Despite revealing one of the best liveries we have seen in a long while – seriously, it looks stunning – F1 fans were quick to point out the rather unusual nature of the Alfa Romeo launch; ballerinas, grand pianos and all.

Here are some of our favourites from social media.

First, let’s start with THAT opening sequence. We think smoke machines and a dramatic piano solo should be mandatory for all F1 car launches from now on. Just saying.

Bringing in the duo of dancers did bring back some unwanted flashbacks of a certain Ferrari celebration though.

this was the whole alfa romeo launch pic.twitter.com/gnVbBHsVAz

Who did it best? pic.twitter.com/kUUJxqx9M5

Finally, the car was revealed.

A suspenseful video played as the C41 made its way up from the ground, with the whole reveal giving off some serious action movie vibes. So much so, fans online joked it looked like a scene from an Avenger’s movie.

The trio of Antonio Giovinazzi, Kimi Raikkonen and Robert Kubica walked on stage looking sharp in their new overalls for 2021. However, many fans felt the design looked familiar.

Alfa Romeo with a nice tribute to the 2001/02 England football home kit.

Fully expecting Raikkonen to slot his car into the points at the last corner of the British GP now. #F1 https://t.co/fPI14RDXIi

The final cherry on the cake was the end credits.

If you want to see the launch for yourself, you can watch it here: 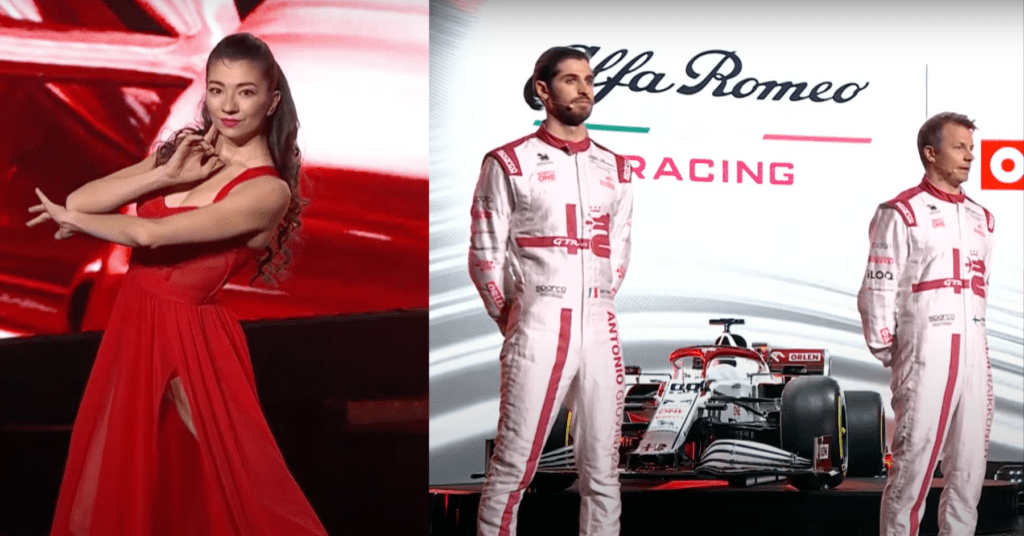