Formula E is back, with a double-header dual in the Saudi desert. However, the second of the two races ended in controversy after a late safety car period – yes, we’re getting flashbacks too *shudders*.

With just under ten minutes left of the race, Alexander Sims, in his Mahindra, slammed into the wall on his own and brought out the yellow flags. With his car stuck on the street circuit track and not going anywhere, it was evident that this was likely going to need a safety car. 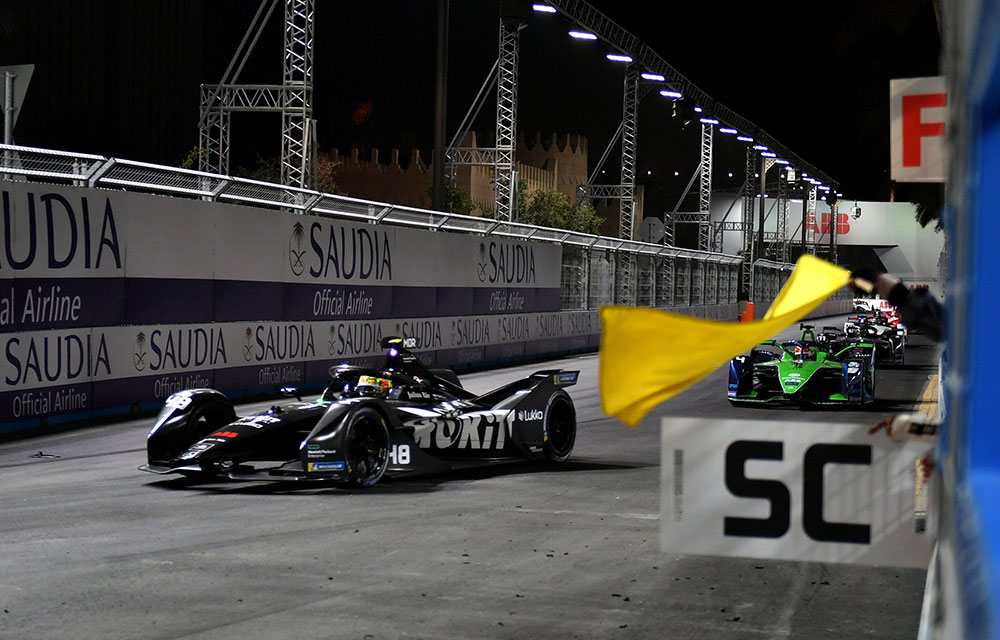 After what felt like an unnecessarily long wait, the new Porsche safety car was deployed, and a tractor was brought out onto the circuit to help recover Sims’ car from the blind Turn 5 corner.

Once the tractor was sent out on track, the entire field was forced to bunch up to let the recovery vehicle make its way to the Mahindra. However, the events that happened when the tractor picked up the car made several fans feel very uncomfortable.

With 40 seconds plus a lap to go, the 21 remaining cars were forced to pass the tractor on the track, with Sims’ rear-heavy car swaying about right at the height of the halo 😬

Formula E always puts on really exciting race but there’s always something that ruins it. Today, the @FIA once again totally mishandled a situation with a recovery vehicle on track.

How was this allowed to happen? So dangerous. Should’ve been red flagged. #FormulaE #DiriyahEPrix pic.twitter.com/EVcU5t9ueb

'Jake Dennis: 'What the f*** is going on? How dangerous is this!' His engineer says he heard nothing from race control on that snatch vehicle on track.'#DiriyahEPrix | #FormulaE

Should've been a top tier Formula E race, but the repeated reluctance in FE (like in F1) to throw a red flag not only made it a very dangerous end to the race, but also only gave us 2/3 of a great race, cutting out the entire final crescendo.

It is time to consider changing your race direction.
For 8 seasons we have seen TOO MANY situation of delay before deploying an obvious SC, with cars passing stranded car at racing speed.
Waiting that long to have a tractor next to cars on track…
This is not OK. pic.twitter.com/Eni8PNO5Yz

The grid was still under safety car conditions as they began the final lap but was brought in with just three corners to go!

In the end, it was Edoardo Mortara who took victory for Venturi, with Robin Frijns finishing in second and Lucas di Grassi nabbing third place for his new team to make it a double podium finish for the Monaco-based team.

'The '22 regs state that 'If an SC or FCY period extends into, or occurs during or after minute 40 of the race, it will not be counted for the “Extra Time” calculation.' The Sims shunt was a matter of seconds after that point sadly'#DiriyahEPrix | #FormulaE

The new Formula E rules also meant that extra time was not applied to the race, as the safety car ended within the race’s final five minutes.

What did you think about the way the safety car was handled? Let us know in the comments. 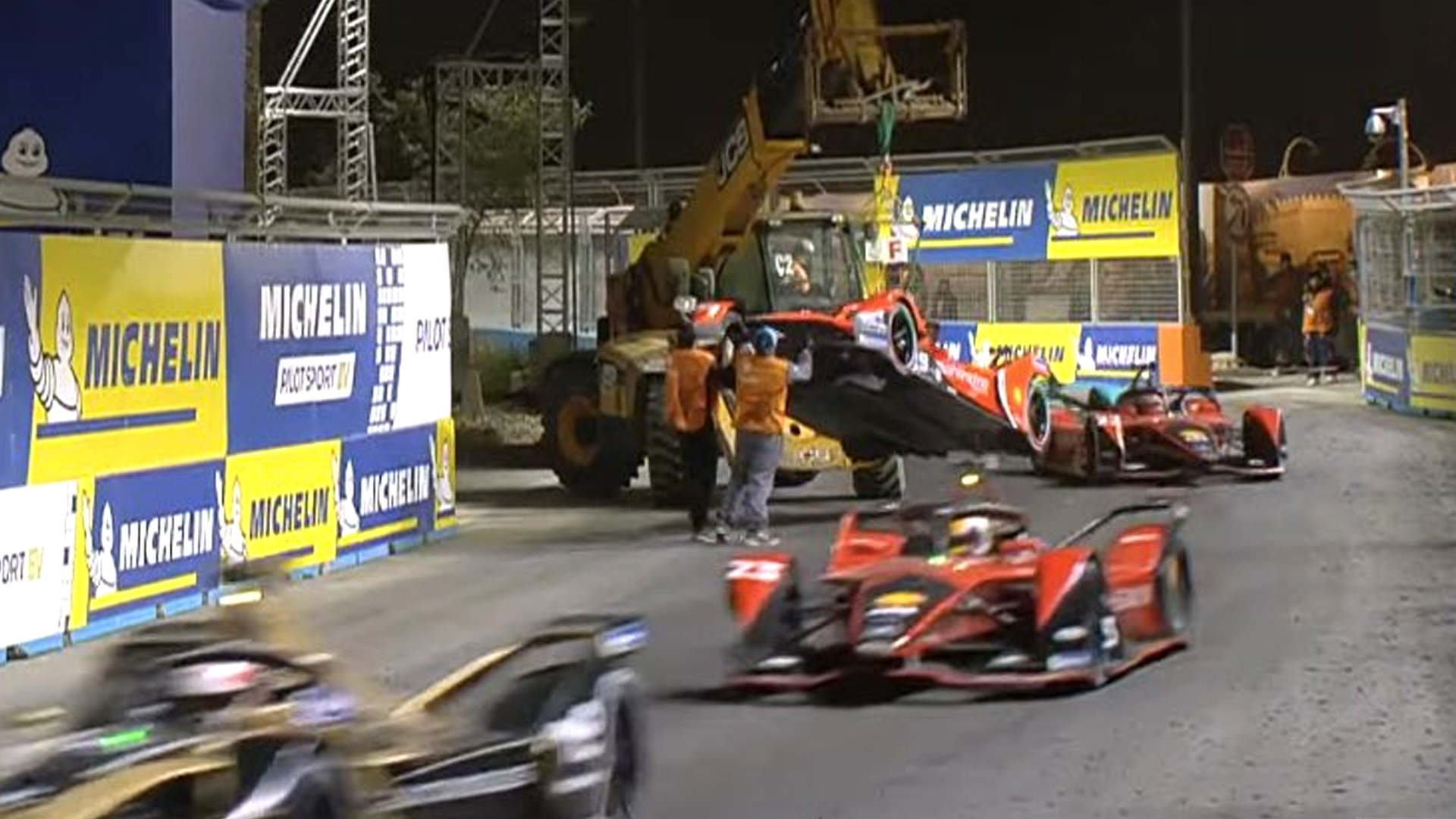