Fans Will Have The Chance To Go On Hot Laps With F1 Drivers At Races This Year – WTF1
Skip to content
×
Formula 1 , News

Formula 1 is continuing its push towards bringing fans closer to the action with the introduction of an awesome new scheme which will take place on 10 grand prix weekends throughout the year.

The ‘Pirelli Hot Laps’ programme will see celebrities, special guests, and fans (lets hope it’s mostly fans) get the chance to experience the circuit in a supercar with an F1 driver at the wheel. F1 commercial boss Sean Bratches said:

“The Formula 1 Pirelli Hot Laps programme represents a new opportunity to allow Formula 1 fans to get closer to a real track experience. The once in a lifetime experience of being driven at speed by a racing driver at iconic race circuits in dream cars is truly unique. We are seeking to be fan first and this is yet another example of our efforts to that end.”

So far McLaren has signed up to the programme, as has Red Bull sponsor Aston Martin. Aston passengers will get the chance to sit alongside Daniel Ricciardo or Max Verstappen in the new Aston Martin Vantage (and the Adrian Newey designed Valkyrie at some point, apparently!), but McLaren passengers could be in for even more of a treat. As well as Stoffel Vandoorne, Fernando Alonso and reserve driver Lando Norris doing some driving duties, two-time champion and F1 legend Mika Hakkinen will also apparently get behind the wheel of a McLaren 720S.

Of course the best person to win a ride with would be Fernando, because there’d be no chance of you missing out because of something else that came up at the last minute. After all, no matter who it affects, these days everything gets moved around so that Alonso can get out on track, doesn’t it? 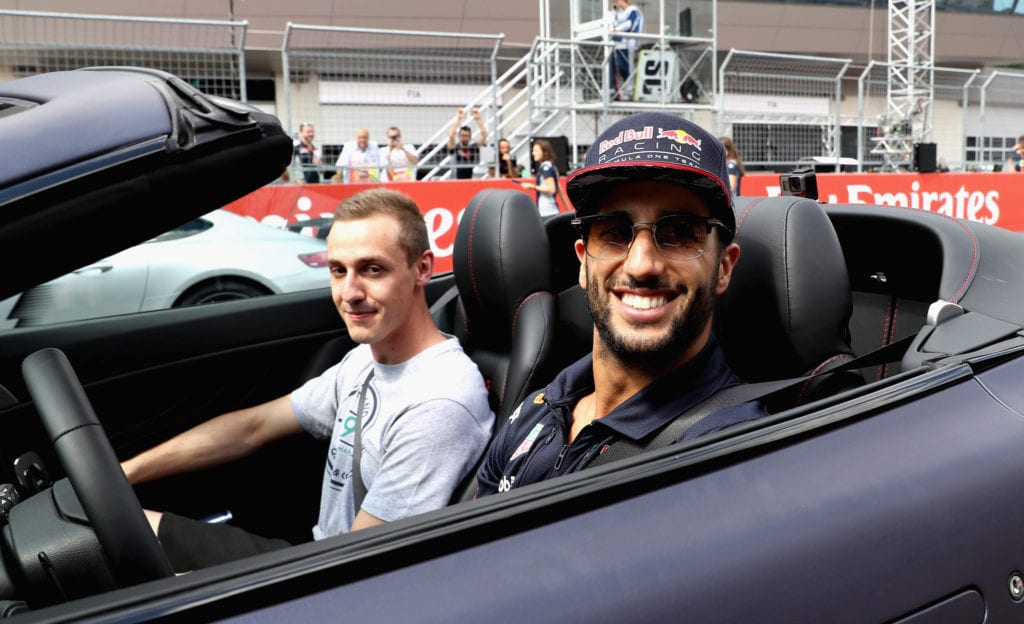