Felipe Massa has raced against some of the best drivers Formula 1 has ever seen and while at Ferrari, been teammates to a lot of them too. Now his career is coming to an end though, he’s revealed who he believes is the best of them all.

The Brazilian was asked by AS to reveal the top five drivers he has raced against and despite racing against many multiple world champions, he put Fernando Alonso right at the top.

“Fernando, the first, that’s clear. Schumacher, I would say is at a similar level, Hamilton also at that level.”

It’s interesting that Felipe bunched the three champions together but not Sebastian Vettel, who Massa believes is not quite on the same level. Perhaps most surprising though is that he doesn’t choose his championship winning teammate Kimi Raikkonen for fifth spot but instead 20-year-old, Max Verstappen.

“Next Vettel, a great driver, but at a lower level and the fifth… maybe Max Verstappen, although he lacks consistency, but has talent and speed.”

Ranking the skill level of drivers is always something that creates controversy but hey, we’re going to say it anyway…

Do you agree with Massa’s list? Let us know in the comments below. 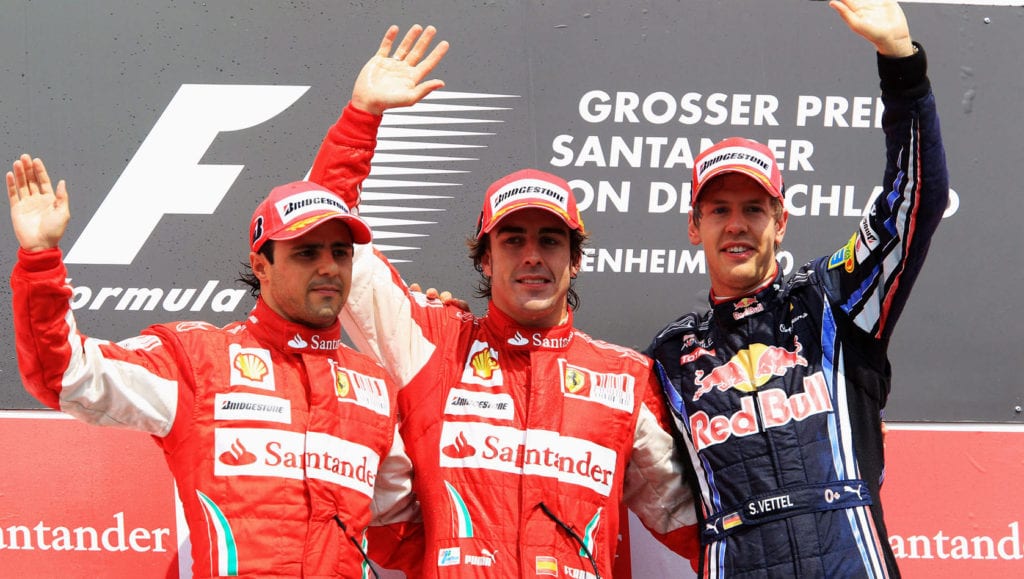