Felix Rosenqvist Is Off To IndyCar With Chip Ganassi Next Year – WTF1
Skip to content
×
Indycar , News

Felix Rosenqvist Is Off To IndyCar With Chip Ganassi Next Year

Felix Rosenqvist has a habit of being quick no matter what he’s driving with wins and strong results in a huge range of series including Formula 3, Formula E, Blancpain GT, Super GT, Super Formula, Indy Lights and many more.

He tested an IndyCar for Ganassi in 2016 and was reportedly very impressive – now he’s finally taken the plunge and signed with the team for 2019. He’ll take over the No.10 car from Ed Jones as teammate to five-time series champion, Scott Dixon. No pressure then!

OFFICIAL: Joining @CGRTeams in @IndyCar in 2019! Thanks to everyone who made this dream come true! 🇺🇸🤛🏼 pic.twitter.com/G2V1pasqa7

Ganassi said of the news:

“Felix has become familiar with our team and has worked in our system a little bit after coming over to test with us on a few occasions. Our management and engineering groups, along with the entire team, were impressed by his ability. The time was right to get him in the No.10 car and I think I speak for a lot of people when I say that we are confident about what he can do behind the wheel next season.”

“To say I’m thrilled or excited to be making this step in my career would be an understatement. Coming to IndyCar and driving for Chip is just a dream come true. I’ve followed the team for as long as I can remember, and it’s the kind of team and owner any driver would want to race for.”

It should be incredibly interesting to see how Rosenqvist gets on. Many feel he’s one of the best drivers young drivers not to have made it to F1 so going up against the likes of Dixon, Alexander Rossi and Josef Newgarden (and hopefully Fernando Alonso) should be a real treat. Rosenqvist is also a beast at street circuits, something there’s plenty of on the IndyCar calendar. 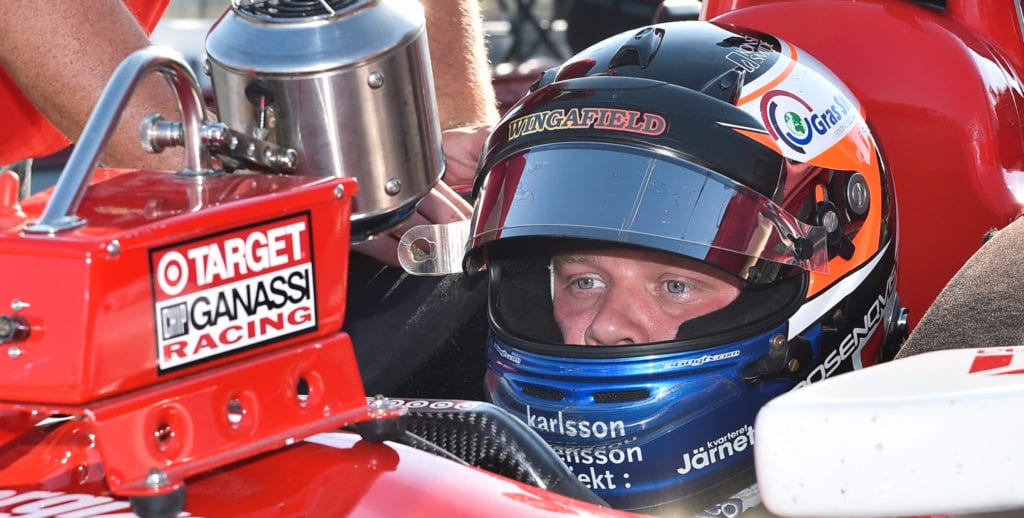