Felix Rosenqvist Thinks Being A Formula E Driver Is The Best Way To Get Into F1 – WTF1
Skip to content
×
Formula 1 , Formula E , News

Felix Rosenqvist is widely considered as being one of the best young drivers outside of F1, but any chance to progress from his 2015 F3 title has been hurt by a lack of budget. From there he dabbled in the DTM (where he outperformed Esteban Ocon) and also had a part-season in Indy Lights, where he was a multiple race-winner on unfamiliar circuits.

When he joined Formula E in 2016, Rosenqvist was an instant front-runner and this season is challenging for the championship. Despite that, the 26-year-old is still looking to make it to F1 and thinks the series he’s in now is the best place for him to progress. He told Autosport:

“I made it quite clear this is the championship I want to be in now. I think it’s my best shot at going to Formula 1 if there’s any chance left. It’s where the best drivers are right now outside of F1. As long as you can beat those you should be good enough, right?

“That’s what I’m thinking on my career path. I’m still young enough to go to F1 so I shouldn’t give up on that. I find this is the best place to be rather than DTM or F2 or IndyCar.”

We’ve yet to see any drivers make the switch from Formula E to F1, but as a relatively new series, that’s not surprising. Rosenqvist has a point about the drivers though. After all, the field includes proven former F1 talents like Nick Heidfeld, Jean-Eric Vergne and Sebastien Buemi, as well as star drivers from other championships, so chances are that any driver able to beat them is going to be pretty handy behind the wheel of any race car.

It’ll be interesting to see if any drivers ever do go from Formula E to Formula 1. Someone like Rosenqvist would surely be perfectly placed to benefit if, say, there was a new F1 team after an experienced, determined, and talented young driver. Sure, 26 is old by modern F1 standards, but Brendon Hartley is about to embark on his first full season at 28, so it can be done… 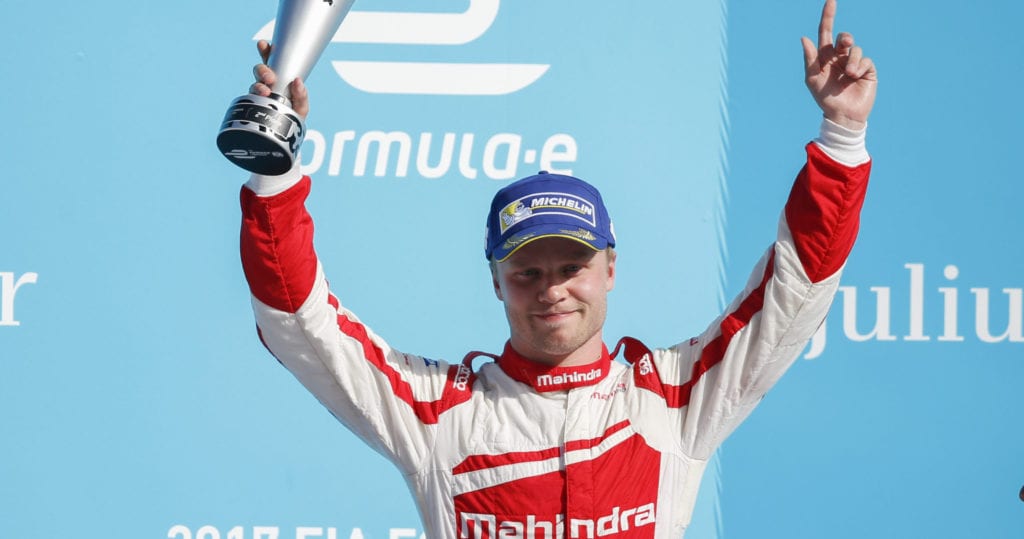