Fernando Alonso And McLaren Have Quietly Ended Their Partnership

Even though he left Formula 1 at the end of 2018, Alonso remained a part of McLaren. That involved various things, such as being a team ambassador, racing with the Woking squad in the Indy 500, and even driving this year’s MCL34 in the Bahrain test.

However, with the Indy 500 being an unmitigated disaster, the relationship was always going to become a little strained. Why would Alonso, free from any other sort of commitments in his racing future, want to tie himself into achieving the triple crown with not just one single team in McLaren, but one which looked incapable of beating its more established rivals courtesy of a limited IndyCar programme?

On top of that, McLaren is now firmly looking to the future. Lando Norris and Carlos Sainz are performing superbly and new team principal Andreas Seidl is helping to push the team forward as it looks to return to some sort of form. The team had already said that Alonso wouldn’t take part in any more tests this year, so why would he need to remain associated with the team?

According to a report by Motor Sport Magazine, Alonso has now had a “casual exit” from the team which he re-joined ahead of the 2015 F1 season. A McLaren spokesperson said:

“Fernando, like all McLaren drivers past and present, will always be part of the McLaren family and we have a strong relationship with him. We have no plans to run him in any further F1 test sessions this year as our focus remains on both Carlos and Lando. He is free to pursue other opportunities in motorsport and we would support him in doing so.”

This isn’t a case of Alonso being fed up with McLaren’s failings, or McLaren having enough of Alonso’s attitude or anything like that – it’s merely the best decision for both parties. McLaren doesn’t need to cling on to the past now that it’s future suddenly looks a bit brighter, and Fernando doesn’t need to be held back by commitments to a racing team he might only have raced for once a year – a similar reason to why he’s ended his time in the WEC with Toyota after one (incredibly successful) season.

It means that Fernando Alonso’s future is now pretty much his to do with as he pleases. He’s strongly rumoured to be competing in next year’s Dakar Rally with Toyota, but it’s his Indy 500 plans which have suddenly become really interesting because, theoretically, he can now join any team that wants him. Not just for the Indy 500, but potentially other IndyCar races too.

It also begs the question of who’ll drive for McLaren at the Brickyard in future – that’s even if, with Alonso gone, the desire is there to do it again…

Update: Alonso will apparently remain as a “brand ambassador”for McLaren, even if there are currently no plans for him to race for the team in any capacity 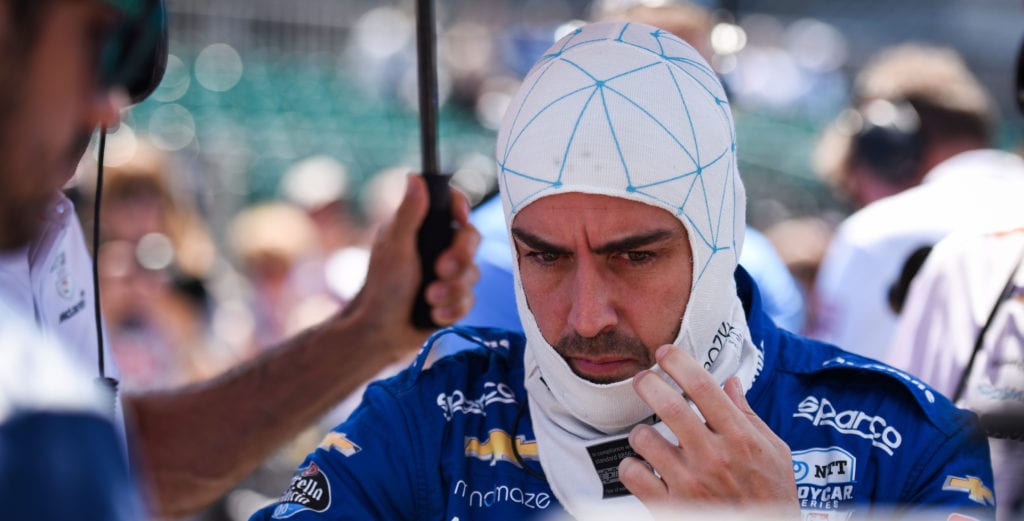