Fernando Alonso Could Do Most Of The WEC Races Next Year – WTF1
Skip to content
×
Endurance , Formula 1

Fernando Alonso Could Do Most Of The WEC Races Next Year

Fernando Alonso is pretty keen to prove he’s the best driver in the world by winning the triple crown of motorsports. He’s already won Monaco (twice) and was damn impressive in the Indy 500 earlier this year. The other thing he has to check off is winning the Le Mans 24 Hours, and it looks for all the world like he’s planning an assault on it for 2018.

As well as sorting out a drive in January’s Daytona 24 Hours to get some endurance racing experience, he’s also set to take part in the LMP1 test for Toyota next week, suggesting that the deal is done to drive for the team at Le Mans next year.

But it could go even further than that. Alonso could actually end up driving for Toyota for the entire 2018/19 WEC ‘superseason’, according to BBC Sport’s Andrew Benson (and he was right about Alonso doing the Indy 500).

Although neither Fernando nor Toyota would comment on the rumours, a source close to Toyota has apparently said “Le Mans is agreed. The rest of the season is still being negotiated but it looks like he will do most of the races.”

Only one WEC event in 2018 clashes with Formula 1 (Fuji is on the same weekend in October as the US GP) but the rest are totally free, so Fernando could indeed compete in many of the races.

Before you get too excited, remember these are only rumours. McLaren doesn’t think it’s feasible for him to do both championships either, with Eric Boullier saying:

“I don’t think you can physically do two programmes, it is too complicated. If you commit to two programmes it is a huge distraction. “Doing Le Mans, or doing Indianapolis, or doing Daytona, why not? Because it is a one-off. But doing more than this would definitely be a distraction from his main commitment which is F1.”

Would Alonso really care though? Unless McLaren can challenge for the championship in F1 in 2018, I suspect he won’t mind spending some of his weekends off racing in the WEC. Brendon Hartley seems to be managing both of his jobs OK, and his schedule is far more congested than Alonso’s would be next year if he did both championships.

Now is definitely the right time for Fernando to try and win Le Mans though, given that Toyota is likely to be the only manufacturer team in LMP1 for the next two runnings of Le Mans at least. And what better way to prepare for it than by doing the whole season as well? 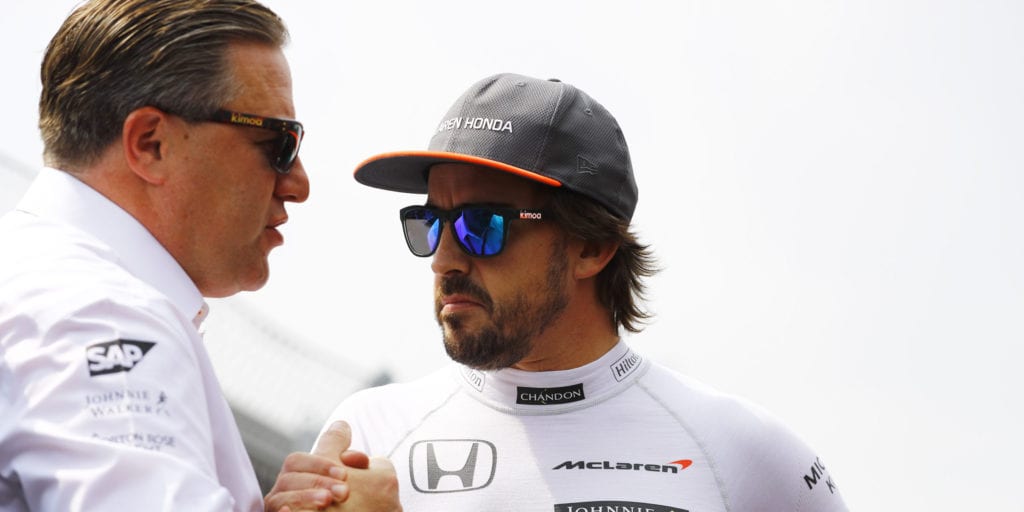