Fernando Alonso Couldn’t Get Enough Of The Indy 500

Fernando probably wishes he’d skipped Monaco again this year to go and do the Indy 500. Not only because he retired with a gearbox issue, but because he also called it the most boring F1 race of all-time. Ouch.

Like many motorsports fans, after Monaco, Fernando settled down to watch the Indy 500 and announced the fact with this pointed tweet:

Ready to watch and enjoy the RACE of the day 👍👍👍👍👍 https://t.co/TfBmsKOc2k

As usual with the Indy 500, the first three-quarters of the race are all about getting into a position to try and win the race from. Sadly, this was pretty much the exact point at which Helio Castroneves crashed out, postponing his attempt at winning the race for the fourth time for another year – something Fernando was sad to see:

There were plenty of caution periods during this phase of the race as drivers struggled with the tricky cars. You know what they say, yellows breed yellows – or in Fernando’s case, yellows breed… weird tennis gifs:

Will Power won in a race where he’d looked a strong favourite throughout. Fernando offered his congratulations, but once again alluded to the fact it had been an incredibly enjoyable event to watch:

One of the highlights of the race was Alexander Rossi’s ability to pull off ridiculous around-the-outside passes as he climbed through the field, something Fernando appreciated:

We’d all love to see Fernando give the race another go in future – especially IndyCar, who took the opportunity to invite him back:

Let us know when you want another shot at playing 🎮 this video game we call the #Indy500 @alo_oficial.👌 https://t.co/PI2uIEcShI

To which Fernando replied:

Ahh, the mental image of someone like Fernando Alonso sitting on his phone (maybe whilst on the toilet – that’s where all the best tweet ideas come from) searching for the perfect gif response will never not be equal parts hilarious and weird.

Rumours have already put Fernando at McLaren, Haas, Renault, and Ferrari next season, but judging by some of his recent comments, it seems more likely that he’s just going to leave F1 altogether. And if he does that, then you’ve gotta say, a full IndyCar campaign is looking like a good bet. 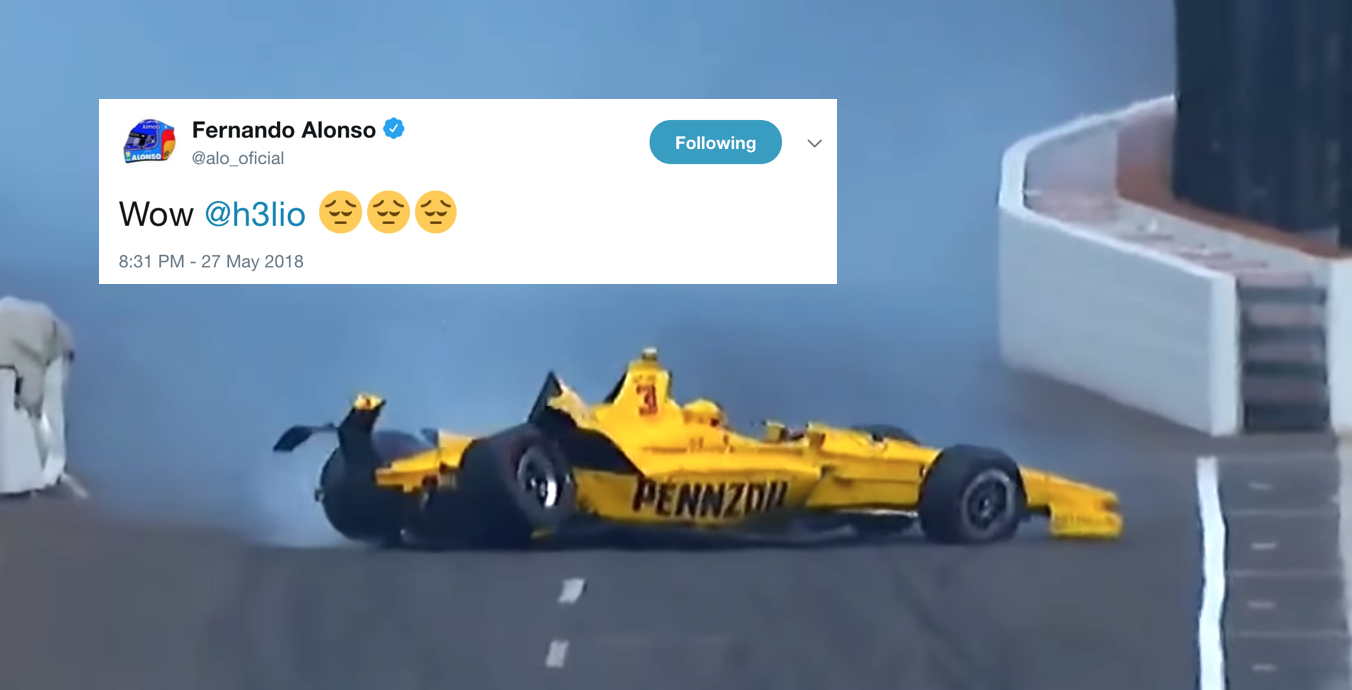