When Fernando Alonso left Ferrari at the end of 2014, a year that saw him score just two podiums finishes, he probably couldn’t have imagined that his career could get any worse. But of course, it did.

Alonso was sick of waiting for Ferrari to get its act together and moved to McLaren who were reuniting with Honda, a partnership that saw them dominate F1 in the late 80s/early 90s.

Not only has Fernando not won a race, he hasn’t even stood on the podium if you don’t count his little adventure up there at Interlagos in 2015.

It had to take something pretty big to convince the double world champion to stay. Perhaps, ditching Honda three years into its ten year contract? Yep, that’d do it.
Alonso has finally confirmed he’s staying with McLaren for 2018 but hasn’t said how long his contract extension is.
Alonso said:

“It’s fantastic to be able to continue my relationship with everybody at McLaren. It was always where my heart was telling me to stay, and I really feel at home here. This is a fantastic team, full of incredible people, with a warmth and friendliness that I’ve never experienced elsewhere in Formula 1. I’m incredibly happy to be racing here.

“Just as important, McLaren has the technical resource and financial strength to be able to very quickly win races and world championships in F1. Although the last few years have not been easy, we have never forgotten how to win, and I believe we can achieve that again soon.”

Can Alonso win in 2018? It depends just how good the power-unit is by Renault, although with Red Bull winning races this year, it’s going to be interesting to finally see just how good the McLaren car really is! 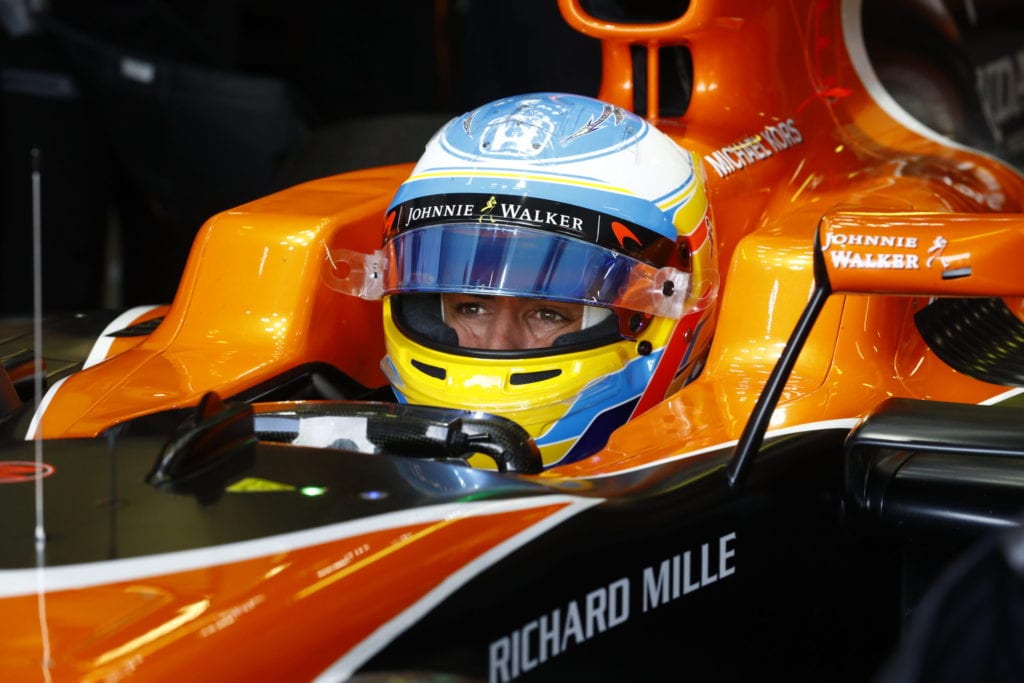