Fernando Alonso Had A Fairly Hefty Shunt During Indy 500 Practice

There’s an old saying at Indy that there are two types of drivers – those who have hit the wall, and those who will hit the wall.

Alonso is now firmly in the first group after this fairly large incident left his team needing to make substantial repairs.

Fernando was given the all-clear after a quick check in the medical centre. He said the accident happened because he got a little bit of unexpected understeer mid-corner and simply didn’t back off enough.

Mistake from my side underestimating the grip in T3 today. I’m sorry for the team and the guys that have to work a lot now. 💙 Lesson learned. 🙏 . We will be back stronger later today or tomorrow. #indy500

He wasn’t the only one, either – Indy 500 rookie Felix Rosenqvist also ended up having a big one as Will Power did a mega job to avoid it becoming something colossal.

It’s not been the easiest build-up for Alonso so far – he missed a chunk of running on Tuesday with electrical issues and only managed 46 laps before his accident on Wednesday, leaving him 29th in the standings. He and the team have two more days of practice before qualifying gets underway at the weekend. 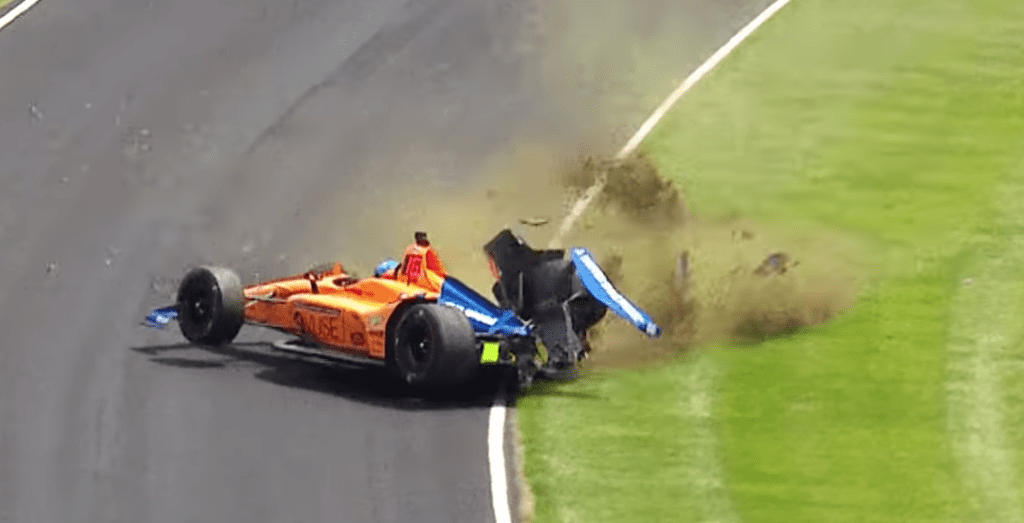