Fernando Alonso Has Said He Will Leave McLaren If The Team Isn’t Winning By September – WTF1
Skip to content
×
Formula 1 , News

Fernando Alonso has confirmed that he won’t be driving for McLaren-Honda next year. Well, not quite, but he’s said that he’ll only stay at the team for 2018 if they can achieve what appears to be an impossible condition – race wins by September.

Alonso is out of contract at the end of the year and is a key man in the 2018 driver market. Ahead of the Canadian Grand Prix he was asked about his plans for next year, and what would have to happen in order for him to stay with McLaren.

“We have to win. If we are winning before September or something like that, I will make a decision, then I will stay. You cannot be 100 per cent now in June about one decision for next year that you don’t even start to consider.”

The MCL32 is a decent chassis, as shown in Spain and Monaco, but the Honda power unit is still holding the team back with little signs of improvement.

McLaren CEO Zak Brown recently said he is reaching his limit with Honda, suggesting that if things don’t improve soon the team will look elsewhere for an engine supplier. Alonso said it’s because the team have the same determination to succeed as he does, and that when something isn’t working it’s natural to want to make a change:

“What we all want is to win, and I think relating to the answer before, Zak’s comments about Honda, is probably what you expect Zak to say. He wants to win and he wants to put McLaren [in] position for the championship. After three years we are not in that position, so things have to change, for the team. It’s the same with me, I want to win. I joined this project because I wanted to be champion, and we are not in that position, so if you don’t see things changing, if you are not in a competitive position, maybe you change project. That’s the only thing I can say now.”

He went on to confirm his earlier position that he wouldn’t be making a decision until after the summer break. But if his requirement to stay with McLaren is race wins within the next few months then it sounds like he’s already made a decision – because that’s looking very unlikely! 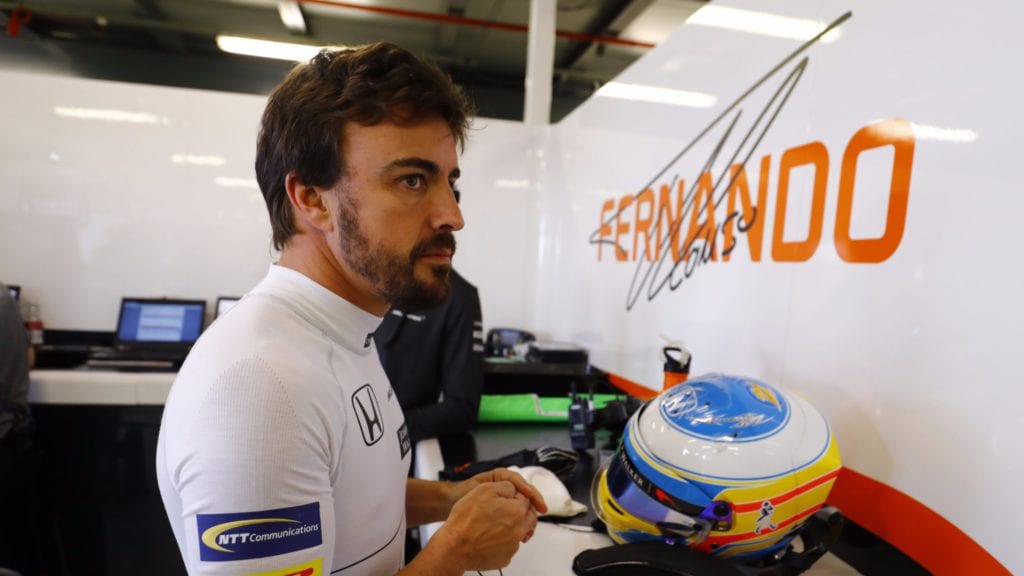