Fernando Alonso Hits Back At Critics Of Indy 500 Decision

McLaren driver Alonso had a rather cutting response to his rivals on the F1 grid who criticised and questioned his decision to skip the Monaco Grand Prix for the Indy 500.

While some F1 drivers complimented Alonso’s move to race the Indy 500 and shared their excitement, others weren’t quite so positive about it.

Lewis Hamilton, Sergio Perez and Nico Hulkenberg were a few of the drivers to admit they would never miss an F1 race to compete elsewhere, especially Monaco.

Romain Grosjean even questioned Alonso’s commitment to F1. The Spaniard will be replaced for Monaco by his old team-mate Jenson Button.

Alonso visited the IndyCar race in Alabama and took part in a press conference. On his critics, he replied:

“We don’t talk much there. It’s a different world; the only thing that I know is probably what you guys read, because it’s what I read as well. Some of them are happy for me, happy for this thing and curious to see how competitive we can be, some others, they are not happy with anything in life. So, this was another thing for their own problems. It’s OK. I think, different world.”

The two-time F1 champion has been studying his former rival Juan Pablo Montoya’s onboard footage in preparation for his first Indy 500.

Alonso is excited to go up against Montoya again:

“I don’t know if he will be at the front. This is great, to race against the best drivers in the world, that’s the main thing. And here not only Juan Pablo, also Oriol Servia as well. There are a few drivers, say 20, 25% of the drivers that I know from the F1 experience in the recent past. I’m really looking forward to it.

“I think Juan Pablo’s one of the best drivers in the world – one of the most talented drivers I ever competed against. So, to come here, to drive together on a superspeedway will be a massive thing for me. Hopefully I will learn as quick as I can, I’m watching his onboard because I think he’s one of the best out there.”

Are you excited for Alonso’s Indy 500 debut? Let us know your thoughts in the comments. 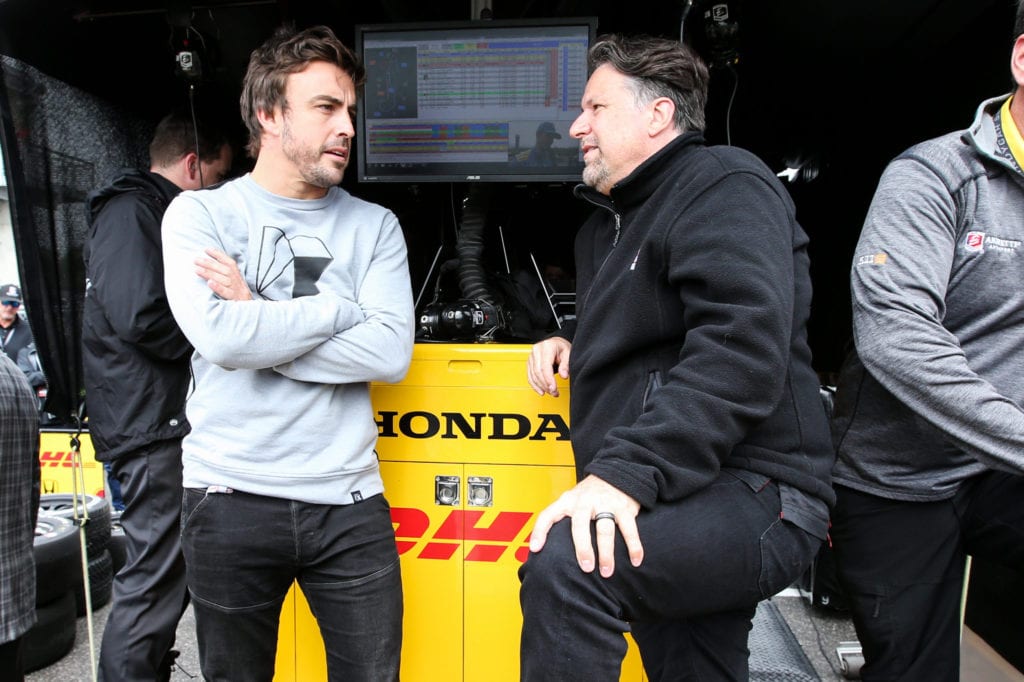