Fernando Alonso Is Excited To Get Back To Racing In F1, Apparently – WTF1
Skip to content
×
Formula 1 , News

Fernando Alonso Is Excited To Get Back To Racing In F1, Apparently

Having spent most of May driving a fast, competitive car and being in the running to win a race for the first time in years, Fernando Alonso says he is excited to go back to Formula 1 to drive a slow, unreliable one where even the idea of a 12th-place finish would seem a bit optimistic.

Alonso’s Indy 500 visit had some familiarity in that his race ended with a Honda engine failure, but his inexperience with the cars and circuit didn’t hinder him at all as he qualified fifth, led for 27 laps and battled for the win before his retirement.

Although he’s said he’d like to return to the Indy 500 in the future, for now his focus is firmly back on his ‘day job’ in Formula 1. Alonso said:

“It’s good to be heading back to Canada – it feels like I’ve spent a lot of time in North America recently. The Indy 500 was an incredible experience and it’s been amazing to learn a completely different style of driving, on a different circuit layout and with a very different car. But I’m ready to get back to my ‘day job’ and go racing in F1 again.”

Canada is a power circuit though, and as such is likely to be a tough weekend for McLaren and its Honda power units, especially if Honda can’t get its planned upgrades onto the car in time for this weekend’s race. Fernando continued:

“The layout of the Circuit Gilles Villeneuve means it’s very power-limited and therefore dependent on straight line speed and power. It’s not going to suit our car as much as the twisty, slower corners of Monaco, but I’m excited to get back in the MCL32, catch up with the guys and girls in the team and get back out on track.”

Right, Fernando. Sure you are. Oh, and remember to give your seat a quick wipe down before you get back in again. 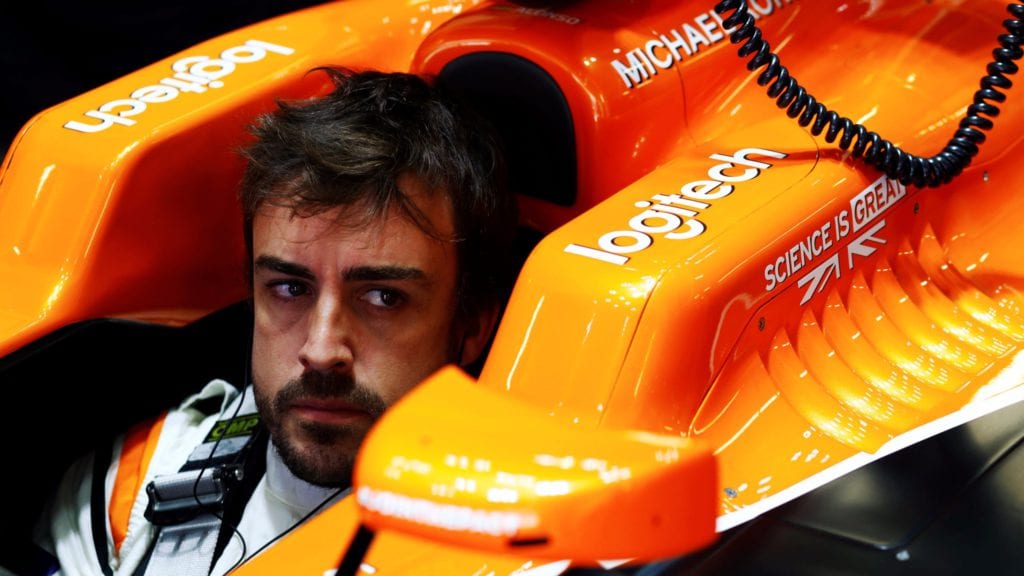