Fernando Alonso Is Ramping Up Preparations For An Assault On The Dakar Rally – WTF1
Skip to content
×
News , Rally

It’s not the most surprising news of all-time – Alonso tested a Dakar-spec Toyota Hilux in South Africa earlier this year, and when he announced he was leaving Toyota’s WEC programme he said that he’d still explore other opportunities with the company. Put two and two together and you get a Dakar campaign and, well, that’s what it seems like both parties are beginning to prepare for.

Over the next few months, Alonso will undertake all sorts of training programmes in order to “familiarise himself with the challenging rigours of rally raid”. A four-day test next week will be followed by an entry into a round of the South African Cross Country series in September, which Toyota describes as being “non-competitive”.

Alonso has tried all sorts of racing in his quest to try and become the “complete driver” – usually with plenty of success as he’s already two-thirds of the way to achieving both the endurance triple crown and the motorsport triple crown. He said of his preparations:

“I got a taste of off-road rallying earlier this year and it left me with a good feeling that I want to prolong. I knew it would be a totally different experience with a steep learning curve but the Hilux just felt great; it gave me so much confidence so quickly and I was improving loop after loop. I’m really looking forward to the next few months of training, getting to know the Hilux and working with the team. I’ve always maintained I want to pursue new challenges in different disciplines and I’m at a great team to do that.”

No specific mention of entering the Dakar, then. But TGR South Africa team principal Glyn Hall hinted strongly at it, saying:

“Rally raid is new for Fernando and I’m certain he has the skill and spirit to take on this challenge. As reigning Dakar champions with a long history in rally raid, I’m confident we can work well together with Fernando to build up his confidence for rally raid competition over the next few months.”

It therefore makes perfect sense that he’ll test extensively this year before he and Toyota make a firm decision on whether or not he’s ready to enter the 2020 event, which will last from 5 to 17 January and for the first time will be held in Saudi Arabia after 11 years in South America.

However, the Dakar Rally would be like nothing Alonso has done before – 13 days of competition across incredibly tough terrain over thousands of kilometres. Winning requires a number of specialist skills, preferably some sort of rallying experience, and a good slice of luck. Going in cold is a big no-no, hence the intensive testing programme Alonso and Toyota are taking on.

If all goes well and he does decide to enter the Dakar, he’ll have some steep hills to climb – figuratively and literally. In the 41-year history of the event, just two former F1 drivers can count themselves as winners – Jacky Ickx and Jean-Louis Schlesser (though Schlesser spent an early part of his career rallying before switching to circuit racing). Could Alonso become the third? Toyota seems like the right place to be if he fancies it – after all, the Japanese marque was victorious in this year’s event… 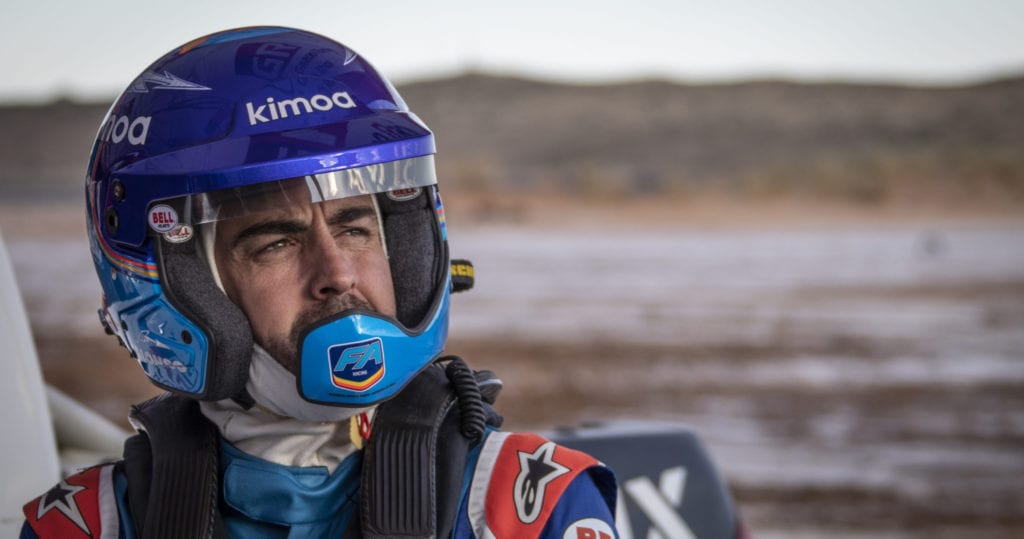