Fernando Alonso Is “Sad” That He Retired On The Formation Lap In Russia – WTF1
Skip to content
×
Formula 1 , News

Stoffel Vandoorne didn’t take the start of the race in Bahrain and in Sochi it was the other McLaren of Fernando Alonso that didn’t get to see the lights go out.

But whilst Vandoorne has managed to get to the finish twice, Alonso has yet to see the chequered flag at all this season. In an interview he said:

“It’s sad but nothing I can do now. As soon as we started the formation lap we didn’t have the normal power. They asked me to change a few things on the steering wheel to try to recover the ERS, but there was no way and at the end of the lap the car stopped. We couldn’t even start the race this time. “I feel bad. We all wanted to be there but these things happen. This is sport. When you are here and you can’t race, what can you do? It’s not in your hands.”

Ahh, remember when Alonso used to drive a car with an engine? #C4F1

The best retirement of Alonso's career.

Alonso is due to begin testing for the Indy 500 this week and wanted to get an earlier flight to the US, but couldn’t find one:

“I’ll see if I can find an earlier flight but there doesn’t appear to be, so I’ll watch the race and have an ice cream.”

Taking a leaf out of Kimi’s book there, eh Fernando?

That’s some serious bad luck. Retiring before the race had even started and then being forced to sit and watch a race as, ahem, ‘uneventful’ as that? Just when you thought things couldn’t get any worse for the guy… 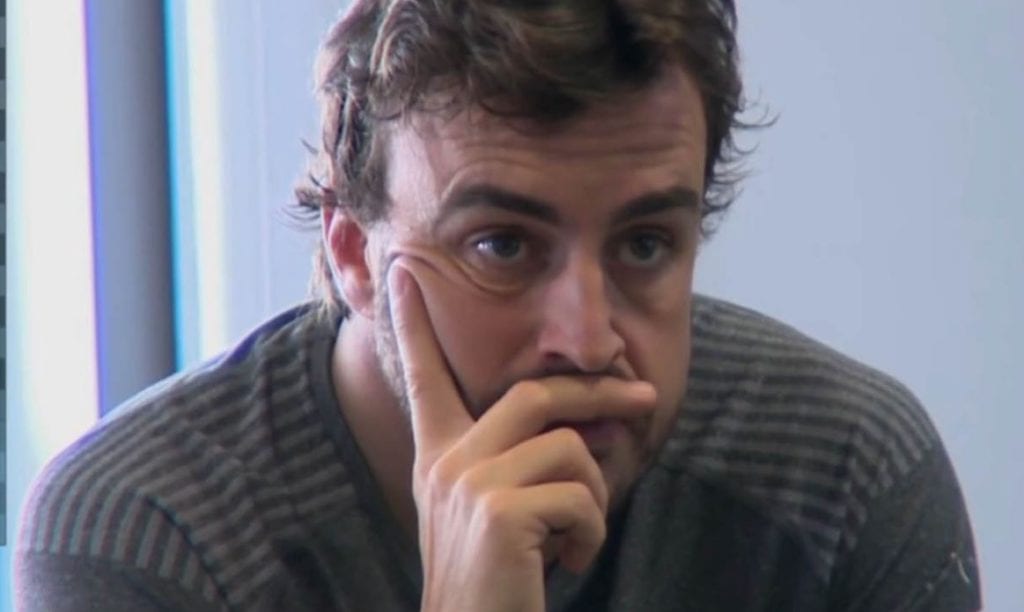