Alonso and co-driver Marc Coma have been taking part in some smaller events in preparation for the Dakar in recent weeks but progress has been somewhat shaky. He had a massive roll in his first event and then a number of setbacks in an event in Morocco – typical of the challenges of long-distance, cross-country rally raids.

However, over the last few days he’s been competing in the Al Ula Neom Rally in Saudi Arabia and everything seems to be coming up Milhouse as he achieved his first rallying podium – quite the achievement for someone who’s been at it for less than a year.

Finish the last stage and the Rally. First podium in Rally 🥉!!! Thanks to these guys 👏🏻👏🏻! #team @TOYOTA_GR pic.twitter.com/yMGbmN1PMy

Held on four stages over three days, Alonso finished fourth in the first two stages, and then picked up the pace on stage three to take third and just 17-seconds away from being second quickest – not bad over a distance of 231km.

That put him six minutes and 22 seconds behind third-placed Khalid Al-Qassimi heading into the final stage – a bit much to overcome, but with Al-Qassimi having to retire overnight with engine problems, all Alonso had to do was finish and he’d earn a podium. And that’s exactly what he did, with another third-fastest stage time.

The first podium in his career in the world of rallies, and his first season with Hilux @TOYOTA_GR , third in the #AUla @NEOM Rally, third round of the Saudi Desert Rally Championship @SaudiToyotaCh , great work Alonso 🇪🇸🇸🇦👍🏼@VisitSaudiNow pic.twitter.com/1gLUgKvd7X

But let’s not get ahead of ourselves. It was a minor event and in terms of competition, the field for the event was significantly weaker than what will be seen in the Dakar, which lasts for 12 days and is 10 times longer in terms of distance. Also, the other Toyota Hilux in the event, driven by Yazeed Al-Rajhi, claimed overall victory with a total time more than 16 minutes quicker than Alonso managed. Navigation problems also meant he got slightly lost on the final day, potentially costing him second place on the last stage.

However, the whole point of Alonso entering is to continue to accrue experience. Also, since January’s Dakar also takes place in Saudi Arabia, it’ll help him to gain familiarity with the terrain, even if the actual stages will be completely different. And if he’s going to encounter all these teething problems, it’s better to do it in minor competitions rather than the main event.

Still, a (mostly) trouble-free run to a podium is a huge positive after the dramas of previous rallies – just don’t expect him to be fighting for similar in the actual Dakar in a couple of months time. 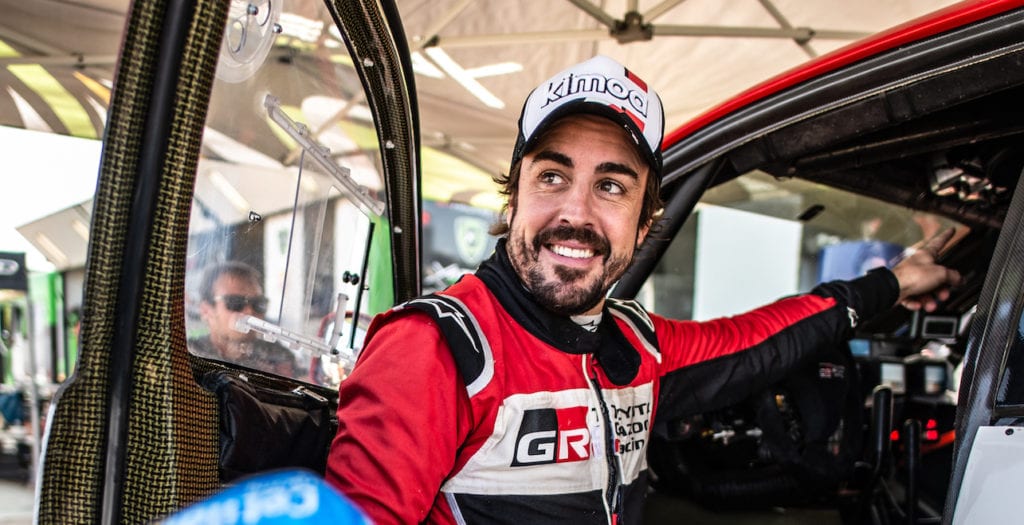