Fernando Alonso really should be battling with the likes of Lewis Hamilton and Sebastian Vettel but instead he appears to have created a rivalry with Jolyon Palmer.

Last time out in Spa, the two of them went wheel-to-wheel and Palmer felt Alonso ran him out of road, however the race stewards thought otherwise.

The two of them were racing side-by-side again at Monza today but when Palmer skipped the chicane and didn’t give Alonso back the position. The McLaren driver was absolutely fuming over the team radio!

“When we arrived at the chicane we were side-by-side, we braked late and I managed to take the chicane, but he didn’t and he jumped it and stayed in front,” said Alonso after the race.

“Usually that’s something that’s very clear in the rules: when two cars are side-by-side at the chicane and one gets to take it and one doesn’t, you give back the position, but this time the FIA must have been having a Heineken.”

The real savagery though came later on in the race when Alonso asked where Palmer had gone. 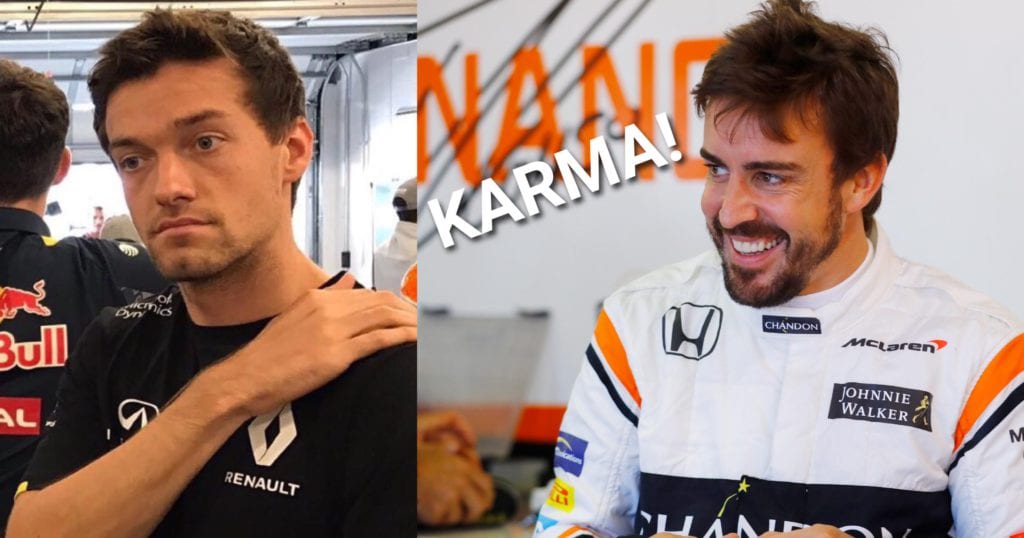