In qualifying for the Russian Grand Prix Fernando Alonso could only manage 15th on the grid, some 3.5 seconds off of Sebastian Vettel’s pole position time.

It didn’t take long for Fernando to remind everyone that this wasn’t his fault though, as after qualifying he suggested that the car was giving away as much as three seconds a lap on the long straights of Sochi thanks to the weaknesses of the Honda engine. Speaking after the session he said:

“It’s unbelievable how much we lose on the straights. I think it was 1.3 seconds in the first sector and there’s just one corner and we have no problems there, so that’s what we have. On the straights we lose 2.5 to three seconds on this circuit and therefore it’s a bit…we knew it already before getting here, but then qualifying arrives and you always want a bit more.”

Wow, three seconds? Is the Honda engine really that bad? If so, good luck in places like Baku and Monza!

You can set your watch by Fernando Alonso interviews. Yep, he’s just said that the Honda engine is the weak link, now there’ll be a comment about how well he’s driving…ahhh yes, there it is!

“I think it was a basically perfect qualifying. The Q1 lap would be hard to repeat. In Q2 I made a few mistakes, but Q1 was very good so I’m staying with that. Seven tenths to my teammate, with the same car, someone who has won in all categories before reaching Formula 1, so I still feel at the peak of my form and in my best moment.”

He’s not expecting his luck to change in the race though, and when asked about his prospects he came up with some more classic ‘expectation management’ comments:

“[It’ll be] more or less what we saw in Bahrain, what we saw in China, in Australia, what we’ll see in Spain, in Monaco, Canada…Every Thursday, Friday, Saturday and Sunday I stand here before you and I try to answer in the most polite manner but it’s going to be a bit monotonous, a bit of the same story like it’s always been in Formula 1.”

The frustration is clear to see, and I can’t say I blame him. If the car really is giving up three seconds a lap just on the straights, then theoretically that means that with a decent engine he’d be fighting somewhere near the front.

Is the Honda engine really giving up that much time, or is this just more grandstanding from Alonso? Let us know what you make of it all in the comments. 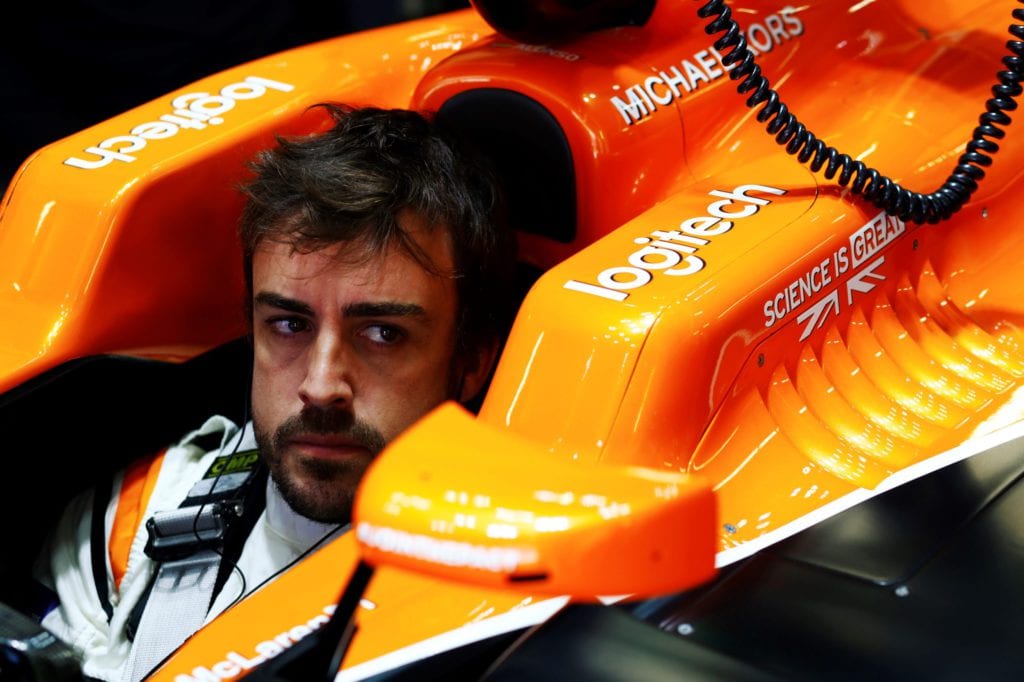