Fernando Alonso Said He Would Be Interested In Making A Switch To IndyCar Full Time – WTF1
Skip to content
×
Formula 1 , Indycar

There was a surprise guest during the coverage for this weekend’s IndyCar race at Texas when Fernando Alonso popped up for a phone interview during commentary.

After speaking about how much he enjoyed the friendly and respectful atmosphere of the IndyCar paddock, he was asked if he’d consider joining the series full time if he couldn’t find a top seat in F1 for next year. After a considered pause, he replied:

“Why not? I’m very open to anything. I had to learn so many things for one race and would have to learn even more for the full season. I’m more ready to learn and to try and find the best scenario possible and the best car possible. The Indy 500 is the best priority for the Triple Crown but a full-time IndyCar season? Why not?”

Following on from his incredible performance in the Indy 500, where he qualified fifth and ran at the front before his Honda engine failed, there has been serious interest in seeing how he’d go against some of IndyCar’s top drivers at some of the other circuits.

Alonso recently said he’ll leave McLaren if the team can’t win a race by September, a time when he says he’ll make a decision on his Formula 1 future. He’s frequently spoken of his desire to be in a race winning car next year but that’s something that’s very difficult to achieve in F1.

Faced with the prospect of another year in F1s midfield, or a year challenging at the front in IndyCar, would he really make the switch?

You can hear the full interview below, with the awesome bonus of seeing some nail-biting IndyCar footage from the Texas race:

Would you like to see Alonso switch to IndyCar? Let us know in the comments! 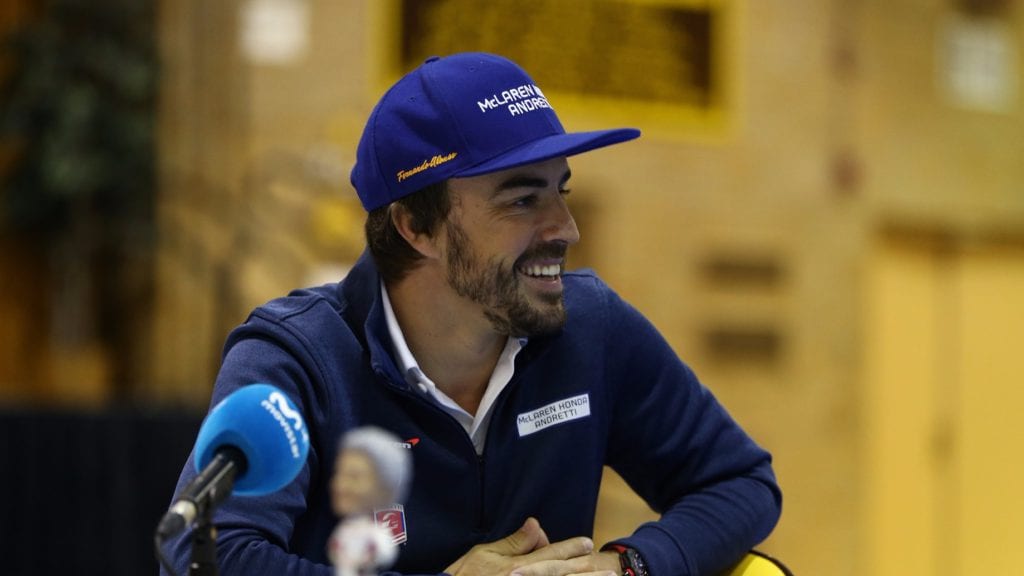