Some drivers decide to go to their private rooms in the Formula 1 motorhomes and unwind after a problem during practice, while others prefer to hang around the garage and find out what happened.

Not two-time champion Alonso. Nope, after a frustrating outlap breakdown during FP1 at the Circuit de Barcelona-Catalunya, the Spaniard opted to leave the track.

He then shared a photo of himself playing a game of tennis, keeping active while FP1 wrapped up at the track – where Lewis Hamilton was fastest for Mercedes.

Alonso was approaching Turn 2 on his first FP1 lap when his McLaren MCL32’s Honda engine failed and he spun off track.

A lot of fluid was seen leaking from his car and the liquid started pouring out when it was lifted up by a crane to be recovered from the side of the track.

Clearly not happy with the situation – yet more reliability woes for McLaren – Alonso decided to not hang around the circuit and instead take his frustration out with a spot of tennis.

Whereas we would probably go for a lay down and binge on unhealthy snacks if our F1 car broke down after two corners, F1 drivers seem to prefer exercising.

It’s seemingly becoming a trend for McLaren too, with Stoffel Vandoorne hitting the running machine in the gym when he was unable to start the Bahrain GP.

Going for a run, you guys up to anything this Sunday? pic.twitter.com/AUEsFuJgNF

The issues for McLaren and Honda just don’t want to stop, do they? More frustration for the team and more hard work to be done in the garage to get the car ready for FP2. 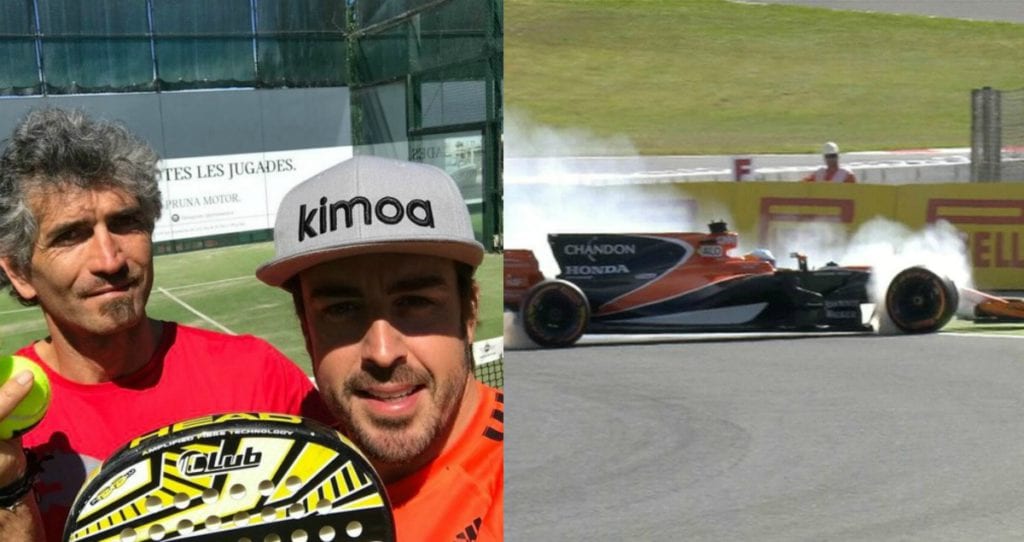