Fernando Alonso Will Drive A Nascar Stock Car In A Swap With Jimmie Johnson – WTF1
Skip to content
×
Formula 1 , Nascar

They’ve been teasing it on social media for ages and now it’s finally been confirmed. On 26 November – the day after the F1 season finale in Abu Dhabi – Alonso and Johnson will head to Bahrain for a go in each other’s car. Johnson will take the wheel of a McLaren F1 car, with Alonso getting behind the wheel of the No.48 Hendrick Motorsports Chevrolet.

The idea first came about when the two met at the Daytona 24 Hours earlier this year. According to Johnson, this is more than a mere publicity stunt, too, with both drivers keen to get as much out of the experience as possible. Johnson will spend time in McLaren’s simulator beforehand, while Hendrick Motorsports is apparently taking plenty of equipment so that Alonso can “run as long as he wants to get the full experience.”

While the chances of 43-year-old Johnson ever getting to enter an F1 race are smaller than Sergey Sirotkin’s 2018 points tally, the prospect of Alonso racing in Nascar is rather more likely. After all, he’s already been invited!

Aside from a few WEC races, Fernando’s 2019 racing schedule is rather open. And with McLaren not ready to start up an IndyCar programme yet, it seems the chance of seeing him there full-time next year has disappeared. Would he enter a full Nascar season? Probably not, but the odd race – like the Daytona 500 – here and there could be a possibility. And wouldn’t that be awesome to see!? 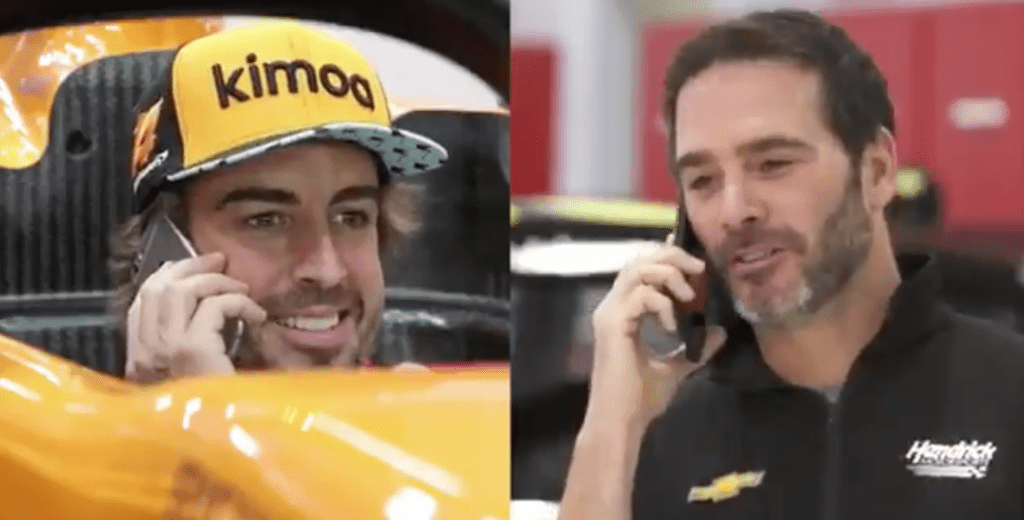