At the start of the month, McLaren, Honda and Andretti officially unveiled the livery Fernando Alonso will race with at the Indy 500.

It’s his first IndyCar race and the two-time F1 champion will be skipping the equally famous Monaco Grand Prix, with Jenson Button coming back to replace him.

McLaren’s F1 colour scheme for the 2017 season has split opinion, with black and white being joined by the team’s historic orange hue it first used back in the 60s and early 70s.

Well, McLaren has continued the orange theme with Alonso’s Indy 500 livery, adding in a few blue and silver accents too.

It’s proved to be quite popular among motorsport fans, so designer Sean Bull has taken a look at what Alonso’s Indy 500 livery would look like on his McLaren MCL32 F1 car.

While the design itself isn’t as busy as McLaren’s F1 colour scheme, it does look pretty damn cool and is arguably even more eye-catching.

It’ll stand out on the IndyCar grid at the famous Indianapolis Motor Speedway and would definitely look good on an F1 track as well.

Do you prefer McLaren’s F1 or Indy 500 livery? Let us know in the comments! 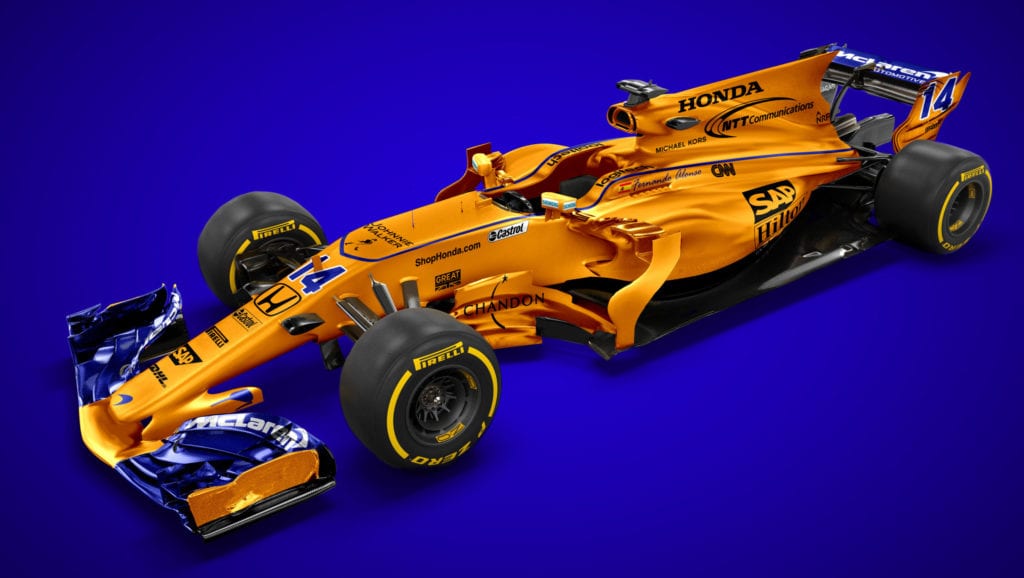