It looks like Charles Leclerc will start from pole position for the Monaco Grand Prix after appearing to avoid “serious damage” to his gearbox when he crashed at the end of qualifying.

He had set the fastest lap in the first runs, but his crash meant no one else could set a lap time, so he kept pole. No one knew how bad the damage to the car was, which initiated a painful wait until Ferrari got the car back and could open it up to have a look inside.

Thankfully for Charles and Ferrari, the team has reported there is no serious damage to the gearbox but there will be further checks carried out before the race on Sunday. After these checks, a final decision will be made if the same gearbox can start the race.

If Leclerc has broken the gearbox, then an unscheduled replacement would come with a five-place grid penalty, and that would be game over. They wouldn’t be able to fight for the win from there!

After the session, Charles worried that his Monaco luck would go back to its old ways, and he’d have the pole position taken from him; he’s never finished a race there in F2 and F1. Although it’s still not a definite that he has kept pole, Leclerc looks set to be the first Monegasque since Louis Chiron in 1936 to get pole position around these streets, way before Formula 1 was even a thing.

The heavy impact of his crash, on the exit of the Swimming Pool complex with 18 seconds of the final session to go, immediately brought out the red flags, which ended the session.

He turned in too early and clouted the inside Armco, which broke the front right suspension. From that point, it was just straight to the wall. The car took a huge hit on the front and crunched round into the side. There wasn’t a direct hit on the gearbox, so there was hope, but these cars are incredibly fragile.

Not how Charles Leclerc would have expected to take his eighth pole position 😱#MonacoGP 🇲🇨 #F1 pic.twitter.com/1Dq2Sg4Y7Q

Second place is Max Verstappen, and third is Valtteri Bottas; both had gone faster than Charles Leclerc in the first half of the final runs but had to abort their laps because of the red flags. Carlos Sainz is fourth in the other Ferrari. Lewis Hamilton starts in seventh.

This is looking set to be a really interesting race! 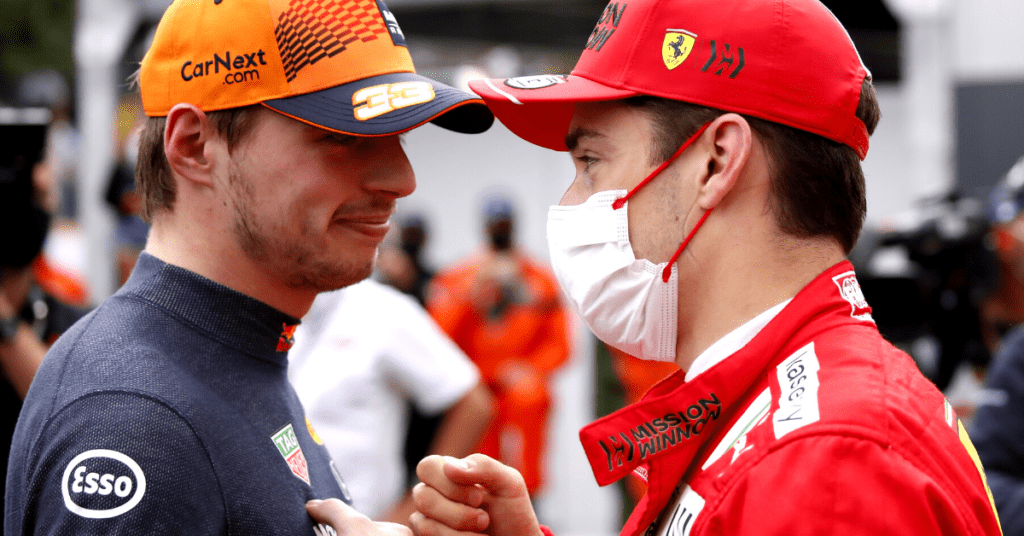