He gave himself the ‘shakes’ with his pole position lap around Imola, but the race win was not meant to belong to Valtteri Bottas after a piece of debris got stuck underneath his Mercedes W11 which caused a massive impact on the car’s performance.

The massive piece of Ferrari carbon fibre, that Mercedes tweeted about after the race, is understood to have come from Sebastian Vettel’s car after early contact with the Haas of Magnussen.

“It was on the racing line and I didn’t have enough time to react,” Bottas said post-race.

“I saw a big piece of carbon so I decided the only thing I had time to do was aim how to hit it. So, I decided to go straight over it instead of it going under one of the tyres and possibly causing a puncture. Unluckily it got stuck under the floor and apparently it [cost] like 50 points of downforce, which in lap time is quite a big chunk.”

Here’s the piece of debris we just removed from VB’s car👇 pic.twitter.com/C4GrYR7ohn

“I’d say mainly [affected me] in high-speed corners the car was sliding a bit and in some braking zones it was a bit unpredictable. Sometimes I would lock the wheels and sometimes it was stopping pretty quickly.

“Max was putting a lot of pressure on and eventually he got through because I had to push over my limits to try to maintain my position and had a lock up. Not my day.

“I didn’t have a chance with that debris on the car to fight for the win. But at least we secured the one-two which is the perfect way to secure the seventh [constructors’] title for the team in a row.”

Unlucky race for me to collect debris on lap 2 of the race with a loss of downforce, made it impossible to fight for the win today.#VB77 #F1 #Imola@MercedesAMGF1
📷 @SebastianKawka pic.twitter.com/B79Wg61qse

It is clear that Bottas believes the extra addition to the floor of his car hindered his race performance and stripped him of the win. This unfortunate contact with the debris also means Bottas has only been able to convert one of his four pole positions this year into victory. 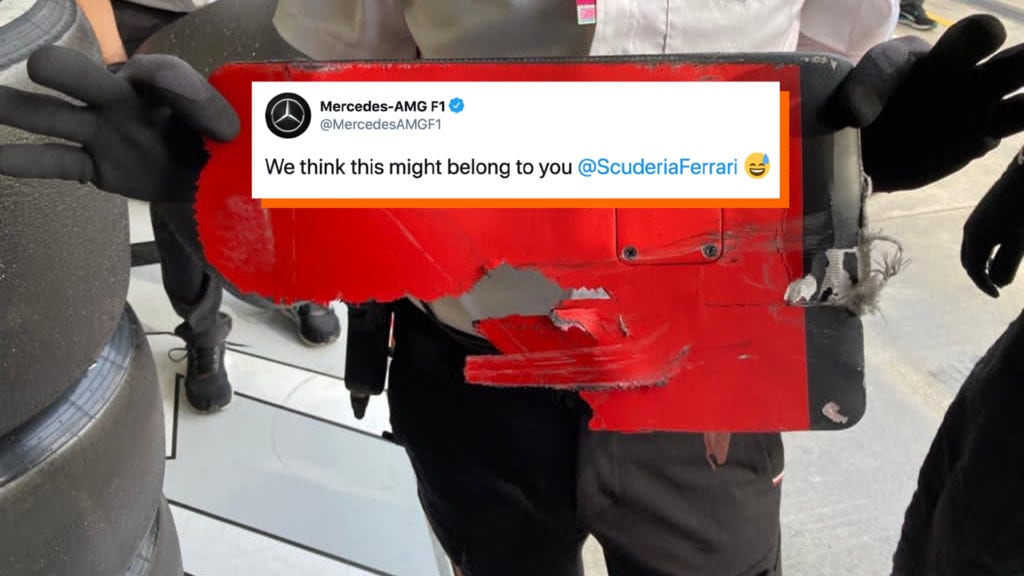