Ferrari Got Roasted On Twitter For Mixing Up Montreal And Toronto – WTF1
Skip to content
×
Formula 1 , Fun

Ferrari Got Roasted On Twitter For Mixing Up Montreal And Toronto

Having completed the grand prix in Nice two weeks ago, Ferrari is looking forward to the upcoming Canadian Grand Prix in Toronto and confirmed it with a (since deleted) preview video.

Fans were quick to point out the mistake by Ferrari and the video was rectified, but it was too late – the damage was done.

As a Canadian, I accept that you really meant that you were SORRY about the honest mistake you made all the best this weekend. GO LAMBORGINI GO.

People are mad about the Scuderia Ferrari Toronto/Montreal mixup.

I've had people IN CANADA ask "that's part of Newfoundland right?" when I say I'm from Nova Scotia. An Italian race team mixing up stock footage of Canadian cities shouldn't be a big deal.

Hopefully they've shipped the cars to the right city… 😂🏁🇨🇦🚿🏎️https://t.co/rf60iOtBoT

Well this video doesn’t bode well for your weekend. That’s not Montreal. That’s Toronto. It’s 6 hours down the road (unless your Ferrari breaks down, then it’s 8). https://t.co/DeIA2viorV

No worries McLaren, we all make mistakes. #CanadianGP

Let’s move on, we love you guys so much here, it’s all forgotten. We will all wave our Ferrari flags over the weekend pic.twitter.com/57oo5W0pzl

I booked a tour of the CN tower for when I'm in Montreal this weekend. Hyped!

The Ferrari cars are in for a tough weekend in Toronto with pedestrian traffic and lack of a circuit big issues for the team. On the other hand, competition should at least be minimal.

After the Toronto super race, Ferrari will contest the French Grand Prix at the Circuit Jean-Luc Picard where the team will hope to make it so that they are number one.

It’s a big few months for the team, strong results at the upcoming Australian Grand Prix and at Oulton Park for the British Grand Prix will also be vital for the team’s title aspirations. 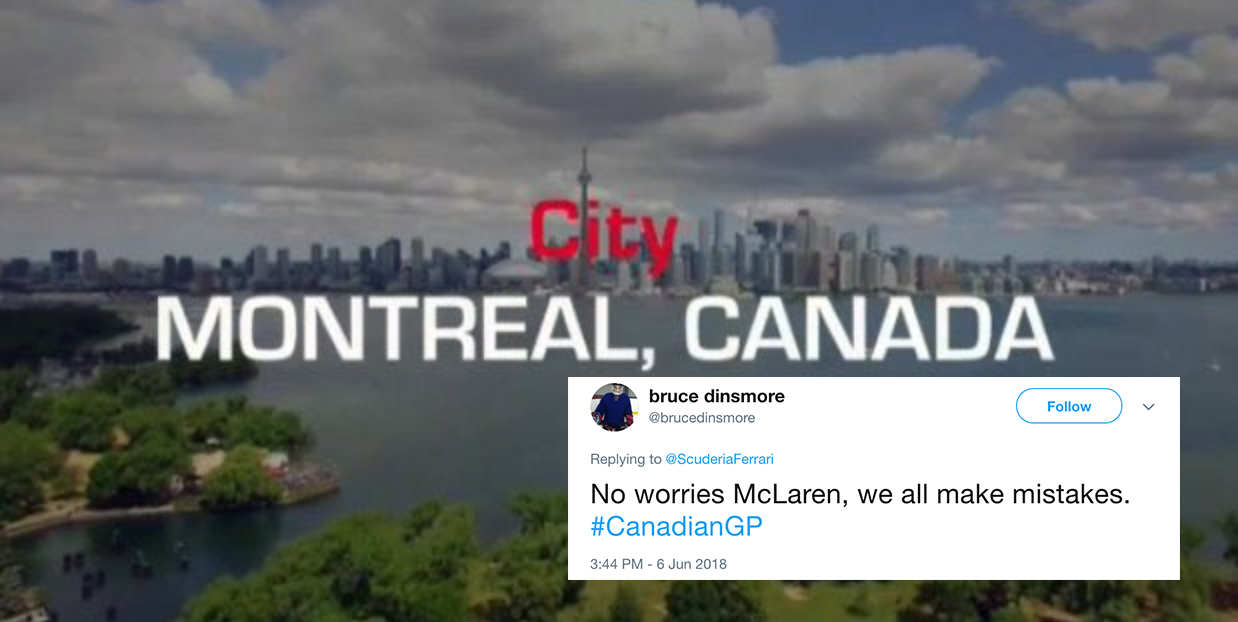